IntersectionalityGender ‘Are You A Bra-Burning Feminist?’: The Feminist Conflict Of Having To Wear A Bra

‘Are You A Bra-Burning Feminist?’: The Feminist Conflict Of Having To Wear A Bra

'I did not like wearing bras. Doesn’t that mean that I should stop wearing them? It is my body, it hurts, so why continue to wear it?' writes the author.
By Aradhana Choudhury Jun 27, 2022 5 min read

During the pandemic, the internet was inundated with memes, reels, and jokes about freedom from the bra, following the shift to remote work. It can be inferred from the popularity and relatability of these memes that many women dislike wearing a bra, and their struggles with it are presented with humour, to make it more emphatic.

This has two strong connotations: one, wearing a bra is often accepted as a necessary evil, to be considered modest and respectable in our society. Two, the necessity of this garment continues to be questioned by its users, despite a multimillion-dollar industry marketing it as otherwise.

My first introduction to the bra occurred around puberty. While I never liked them, wearing training bras was not too much of a hardship. However, as I grew up, my discomfort, and to an extent hate for the garment, grew. I disliked the need for an additional, restrictive undergarment in our tropical weather. The tight bands, chafing, and the redness the underwires would leave behind, cutting into my skin – everything alienated me from the experience of wearing bras.

Hence, I did not like wearing bras. Doesn’t that mean that I should just stop wearing them? It is as simple as that, is it not? It is my body, it hurts, so why continue to wear it? Why continue to spend hours looking for the perfect bra and spend an astronomical amount of money on it. (Fun fact, there is no such thing as an ideal bra, at least in my experience)

The bra or the brasserie developed from the western garment corset. The corset is known for accentuation body curves, as well as restricting breathing and squishing internal organs in the process of maintaining optimum upper body shape. This is what I came across during a history lesson, and I was horrified and glad that a corset is no longer deemed necessary.

However, the bra is a continuation of the corset, in a less extreme form. Western values through colonisation have emphasised the restriction of the female body, and its objectification for aesthetics. For example, a 9-yard saree was all many women wore, before the British influence in Indian societies. The saree was simply draped across the upper body or the upper body was left bare, without the need for a blouse or bra for modesty. However, as wearing a blouse came to be associated with a higher social status, the trend shifted and persists to this day.

The multi-million-dollar lingerie industry often markets the bra as a necessity. It has been positioned through the male gaze and in recent times, rebranded as comfortable and essential for the modern woman. It is very easy to buy into that. Airbrushed models with supposedly flawless bodies and skin in very pretty colours and fittings draw consumers in, including me, wanting to look and feel ‘beautiful‘.

The bra to me is just another tool used by the beauty industry and social morality, often leaving me with a sense of discomfort and dissatisfaction.

Also read: ‘I Feel Like A Hypocrite When I Cringe At My Hairy Arms’: On Removing Body Hair While Being Feminist

I stopped wearing bras at home. This horrified and scandalised my family, who kept reinforcing the necessity of bras. I faced a great deal of anger and annoyance when I refused, and sometimes, I would give in just to make it stop. I was quite hurt by the fact that this extremely uncomfortable garment was given more importance than my well-being. Instead, I was considered overly sensitive and picky.

However, as I lived away from my family, the biggest advocates of the bra in my social sphere, my use of the garment gradually decreased, and my comfort levels increased. I grew more comfortable with my body, without the need to constantly fidget and dislike parts of it.

Are you a bra-burning feminist? That is what I was asked as I continued to shift away from the bra. Ironically, this phrase was my first introduction to the women’s movement of the 1960s. The label of bra-burning feminist presents feminism as an extreme ideology as well as trivialises what the movement is working towards.

The fact that I am writing this article, about my trials with a seemingly innocuous piece of garment (when there are so many problems in the world), may again, label me as dramatic and privileged. While I acknowledge my privilege, my conflicts with the bra are an everyday scratch on my feminist conscience.

However, I wouldn’t call the denouncing of bras trivial. It may not operate on the same level of more pressing issues such as sexual violence, economic disparities due to gender, caste, and other intersectional identities or discrimination, but it does cause unnecessary discomfort in the middle of all this.

Moreover, the extent of shaming and criticism that individuals face regarding the bra and their breasts implies that the whole experience is gendered, policed, and conflicting. The bra then simply becomes an instrument of control. It is meant to ensure that your breasts look symmetrical. More importantly, to see to it that they don’t jiggle, because for some reason (read fetishising of women’s bodies), it is extremely lewd for a person to have their breasts move. Breasts are never accepted for what they are – a part of the body.

Of course, I am not denying that the garment is possibly a boon to many, who are grateful for the support or just simply like the way it makes their bodies look. What I do have a problem with is being forced to wear this uncomfortable undergarment, for the sake of appearing modest, and socially acceptable. (This is quite a tall order because there are always myriad reasons presented by the patriarchal society as to why women might be perceived as lewd and not fit for public life)

My digression from the bra comes down to a basic right as an individual – the right to wear what I want, without judgment or harassment, and most importantly, without attaching my worth, personality, or credibility to a piece of undergarment.

Also read: ‘Does Being A Feminist Mean I Cannot Enjoy Jokes?’: Responding To Sexist Humour While Being Feminist 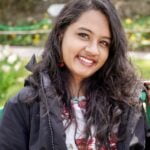 ‘Victim’ Need Not Always Be A Bad Word