With so much emphasis of 'Love at sixteen' in Western media, there lies an underlying ageist connotation that love has to be found at a certain time.
By Sudarshana Ganguly Jul 4, 2022 4 min read

Amazon Prime’s latest original, The Summer I Turned Pretty, tells the story of Isabel or Belly, the summer she turns sixteen and, as obvious from the title, “pretty”. Complete with a debutante ball and a sweet sixteen birthday party, Belly decides that this summer will be different for her from previous ones. Everyone gazes at her different, all the boys around her seem to notice her appeal more than ever, and Susannah, her mother’s friend, remarks that she is “in bloom”. This is not an uncommon trope in the West at all, you turn sixteen, and suddenly, there is a transformation accompanied by a world of romantic and sexual possibilities.

Love at sixteen and during the teens undoubtedly sounds sweet. However, with so much emphasis and portrayal of it in Western media, there lies an underlying ageist connotation and perpetuated anxiety that love has to be found at a certain time. There is an overwhelmingly large number of depictions of teenage love in the West, as compared to romances where the partners are significantly older. Even in The Summer I Turned Pretty, Belly’s mother’s newfound love is only a filler side plot. In k-dramas, however, it is almost the opposite in most cases.

More often than not, k-dramas feature women in their late twenties or early thirties as the main characters. Contrary to the West, there is lesser number of school or college romances as compared to other tropes like office romances. These older female leads show an accurate portrayal of their struggles in a competitive and sexist job market, their inability to find everlasting romance that is all correct at the very get-go during their teens, their parents’ nagging to get them married and portray hope, in the form that it is alright to not find sweeping romance when you are young, and that love can come at any age.

It then contests a very ageist notion that puts a clock on women for them to find love early on in their life. In Her Private Life, Sung Deok-mi (played by Park Min-young) enters into a romantic relationship with her boss Ryan Gold (Kim Jae-Wook), when the latter joins her workplace. Deok-mi also runs a “fansite” for her favourite k-pop idol. Her Private Life is one of the best portrayals of a mature woman leading her life with her interests, the way she wants to, even though they are typically seen as something that only teenage girls do.

And she is well made aware of the fact that it is strange that she is an active fan at her age. However, it is refreshing to see that she doesn’t let it take her down, and in fact, Ryan is supportive of her interests. In Doom At Your Service, Tak Dong-kyeong (Park Bo-young) has been forced to mature faster than her age ever since she and her brother lost their parents at a young age. She takes care of her brother and is unable to cry her heart out, literally.

In a flashback montage, it is shown how lonely she has felt over the years and bogged down by duties and job-seeking in a terribly competitive environment. She has had hardly any time to devote to love and relationships. Even the one she does commit to at the beginning of the drama ends sourly. Albeit with a supernatural being, she does find love eventually well beyond her teenage years.

In Twenty-Five Twenty-One, Na Hee-do (Kim Tae-Ri) falls in love with Baek Yi-jin (Nam Joo-hyuk) when she is about nineteen, and he is about twenty-two. Their relationship is adorable, but unfortunately, it does not last. It ends for very realistic reasons, and when an older Hee-do looks back at it, it is with nostalgia and acceptance but not agitation or distress, showing that not all sweeping romances that are found at a young age last forever and neither do they have to for one’s happiness.

In many recent k-dramas, love is often not even the highlight or the plot strain that is prioritised. While romance is always entertaining and fun to watch, it is refreshing to see various kinds of the portrayal of it, even one where it is not the prime concern.

Netflix’s Thirty-Nine is certainly a remarkably memorable drama, and although it might seem over-the-top at times, it shows several topics with much-needed nuance. For the three female leads who are in their late thirties, life throws many challenging hurdles. But they take it in stride, care lesser about what people have to say and find romance. In conventional media, thirty-nine is considered “old”, and romance at that age is hardly shown as gently as k-dramas like this one help portray.

The pressures of finding love at a young age or within a particular time are undoubtedly immense, especially owing to pop culture representations of it and, to a certain extent, even peer pressure. This can often lead to self-doubt, insecurities and disappointment for not experiencing the set standards of the ideal teenage life.

Also read: Analysing The Success Of The Female Gaze In K-dramas

In an age of accessible internet and preying groomers, the desperation to seek the perfect relationship can also lead to detrimental situations. While romance and high-school series are certainly entertaining and fun to watch, the various stories in k-dramas, as seen above, can help provide a hopeful alternative and widen the perspective of young and impressionable viewers.

Also read: Eight TV Shows For The Feminist In You 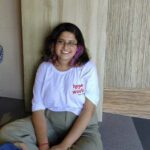