SocietyFamily Stereotyping Marriages And The Making Of Unhealthy Relationships

In India, women are taught from a very young age to be chaste and to preserve their virginity for future husbands.
By Akshaya G Pillai Nov 14, 2022 5 min read
» Featured Image Source: Feminism in India

The study on sociology defines marriage as a legally recognized social contract between two people based on a sexual relationship and implies a permanence of the union. It also interests the matter that the institution of marriage and the family is the most basic social unit which society has built.

However, marriages are becoming less common, in most countries the share of people getting married has fallen in recent decades. It is also important how the divorce rates are lower in younger groups and the couple living together who are not married is becoming increasingly common.

India and the concept of marriage

Since the Vedic religion evolved into classical orthodox Hinduism, the wide variety of wedding systems such as Swayamvara, and Gandharva marriage gained prominence in large sections of Indian society to move towards patriarchy and caste-based rules. Thereby, speculated parental control of marriage has emerged to prevent intermixing of ethnic, social class, and caste groups.

Also read: The Institution Of Marriage Or A Foundation For Patriarchy & Its Violence?

Today with the advent of the modern medium of the internet, the rise of matchmaking websites such as M4Marry, and Kerala Matrimony creates even more distinction when it comes to caste and class, in which families tend to choose partners according to their subjective choices, and this predominantly lead to separation in future.

India’s leading divorce lawyer, author, and senior counsel with the National Commission for Women- Vandana Shah speaks about the veil of silence on women in the rough terrain of divorce. As she mentions, domestic violence constitutes physical, verbal, emotional, sexual, and economic abuse against women by a partner or a family member, and there can be so many reasons for seeking a divorce. And yet, research suggests that informal separation is the dominant form of marital dissolution in India, and the fear of being labelled in a society that still denounces divorces.

Generally, men are observed to exercise more power than women within the marriage relationship. One way this power is expressed is through roles in abusive marriages. Usually, men are the stronger and more violent ones, and women are the less strong and more abused ones.

On both the positive and negative traits, violent women and men were perceived as high in society and low in communion. While considering the fact what is sex stereotypes and how sex stereotypes function in social cognition and behaviour, it is factual that both females and males can cause violence in relationships as “sex stereotypes and the implicit personality theory” proposes.

In most marriage institutions, marital adjustment calls for maturity that accepts and understands growth and development in the spouse. If this growth is not experienced and realised fully, death in a marital relationship is inevitable. Since our society is man-oriented, women must face all difficulties. If they are working, they are supposed to perform all duties at the office as well as at home. Their attention may be diverted because of working in two situations. They frequently lack proper attention in marital lives, and this causes depression and stress. Although, if she is non-working, then she is also considered a labourer in the house. This brings about aversion to the public and otherwise give tension in their private life. For this reason, they are desperately treated for their odd behaviour in social circles. Not only do men dominate women, but there are also circumstances where men affect the same sexual tension, stress, and depression in their married lives from their opposite gender.

Most women are taught from a very young age to be chaste and to preserve their virginity for their future husbands as this would put them at the top of the credit list for being a good wife or a woman worthy of marriage.

However, it is important to marry the people you love and the people you love to be by consensus on issues such as life goals and objectives, friends, and decision-making. Hence, the most important need at present is to propose an unvaried law on marriage that provides equal protection to both parties to the agreement, with a certain emphasis on the right of women to self-determination in the context of marriage, rather than setting a contract based on wrong perceptions of marriage. 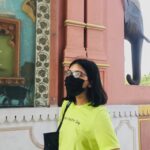