IntersectionalityCaste Kabali Review: A Film In The Direction Of Non-Brahminical Ways Of Life

New themes, non-standard dialects, non-conventional faces and non-Brahminical ways of life will find more prominence in the movies and caste will be more pronounced in the storyline. Kabali, starring superstar Rajinikanth, is a film in the same direction.
By Tejas Harad Aug 3, 2016 3 min read

In the opening scene of Kabali, Rajinikanth is shown reading a book in prison titled My Father Balaiah. My Father Balaiah is a book by Professor Satyanarayana which talks about the discrimination his grandfather and father faced as Dalits. The book also delves into the conflict between landowners and labour in the backdrop of untouchability. As the camera zooms in on the book cover, the political tone of the movie is set.

Kabali is an action-packed movie with Malaysian gang wars as its backdrop. Malaysia has a sizeable Tamil population. Kabali, played by Rajinikanth, is a common tree plantation worker who rises to the top fighting for workers’ rights. But Kabali’s leadership is challenged for his working class background and low-caste status. According to India’s caste system, merit is passed from one generation to another; it is hereditary and naturally embodied in one’s caste. And wherever Indians go, they take their caste with them, Malaysia being no exception. Therefore, Tamilmaaran feels slighted when Kabali is made the leader of the gang after Tamilmaaran’s father Tamilnesan’s death.

The movie has explicit and implicit references to caste, Ambedkar and Ambedkarite politics. Kabali has a strong anti-caste consciousness. It appears most vividly when he explains why he prefers wearing a three-piece suit even in summer. He mentions caste as a hurdle when he talks about his marriage with his wife who faced resistance from her family.

Caste is the basis of India’s social structure, but movies produced in India have generally shied away from it. This is not surprising as most movie producers and directors across languages are upper-caste. Upper-castes are on the right side of caste system and hence invisibilization of caste works in their favour. Kuffir while talking about “Angry Young Man” Amitabh Bachchan says,

“As one can see, aarakshan [reservation] for upper caste characters was near total in his films. And his directors too –from the Chopras and the Desais to the Mehras and the Mukherjees and the Sippys to the Sens and the Tandons and now the Jhas– were all upper caste or from brahminized upper shudra castes. And the writers credited with creating the ‘angry young man’, Salim Khan and Javed Akhtar: neither was from a lower caste or lower class background. While the former claimed an aristocratic lineage, and was reportedly called ‘Prince’ in his early days as an actor by his fellow actors etc, the latter was from a family of illustrious scholars, theologians and poets.”

There are many movies about India’s poor, and movies that have rags-to-riches stories as their backdrop. But these movies too remain silent about caste. There is a clear connection between poverty and caste in India. Therefore, this invisibilization of caste seems deliberate on the part of movie makers. In this context, directors like Nagraj Manjule and Pa Ranjith come across as a welcome break. Manjule first with his Fandry and later Sairat put caste right at the forefront. Manjule and Pa Ranjith have seen and experienced the horrors of caste first hand. They know what havoc caste plays in the lives of those who are on the wrong side of it and therefore they have every stake to annihilate it. They have used movies as a political tool. In an interview with the HIndu, Pa Ranjith says, “Many people ask me why I talk about caste. They even taunted me about my caste. But, that’s not a problem for me. I am used to this from a young age. I stick to the thoughts and ideas which Ambedkar has taught me. My aim is to get back the dignity of the marginalised through my films. Because, only art and literature can bring some change to this society.”

The production crew of Kabali is predominantly Dalit — from director Pa Ranjith to cinematographer G Murali, from art and costume director Tha Ramalingam to lyricists Uma Devi, Arun Raja Kamaraj and M Balamurugan. As movie makers and actors from the Dalit and other lower caste communities break in the movie industry — which has till now remained the fiefdom of upper castes — things are going to change for the better. New themes, non-standard dialects, non-conventional faces and non-Brahminical ways of life will find more prominence in the movies and caste will be more pronounced in the storyline. Kabali, starring superstar Rajinikanth, is a film in the same direction. 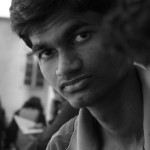 Book Review: Dewaji—Making Of An Ambedkarite Family By Dipankar Kamble