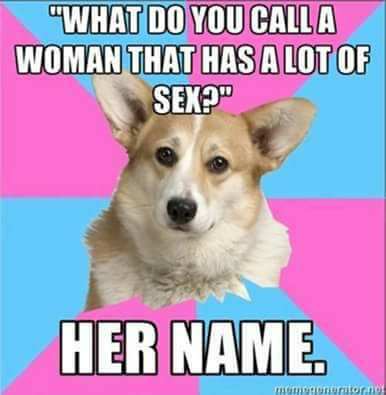 No digital citizen on the Internet today has escaped the word of memes – an intrinsic part of millenial culture. But in case you’ve been living under a rock, memes are those funny images, texts or videos and are spread rampantly over the internet. Memes often reflect cultural and societal tropes and traditionally, have become the ground zero of mansplaining and anti-feminist jokes.

For anyone who is yet to be properly introduced to feminism, these anti-feminist memes do much harm by spreading negative stereotypes about feminism, and also actively propagate misogyny and sexism.

Memes can become widespread over the internet almost instantly and are mostly unsupervised. So are the messages they carry. Therefore, it doesn’t really come as a surprise when memes are highly insensitive and way off the mark.

This meme, for example, is a completely misguided critique of feminism. Yes, feminists argue against sexism. But no, feminists do not dismiss men’s voice on the subject. It simply asks that men take a backseat and listen when women are speaking about their experiences. Isn’t that the whole point? Giving women their own voice?

That’s where the feminist memes come into the picture! Feminist memes, meaning memes carrying a feminist notion, become a safe gateway to talk about feminist ideas in a casual, non-serious and engaging way. They subvert the harmful stereotypes propagated by the countless sexist memes, fighting sexism with humour. Feminist memes work towards normalising and widening the discussions surrounding feminism.

The most basic function of a meme is to create humour. When this humour is presented with a negative cultural connotation, it becomes extremely difficult to combat it. In good humour, negative messages are instigated and anchored into people’s minds. Attempting to resist them with sensible arguments doesn’t really work, instead becomes a never ending circle of altercations that ultimately turns nasty.

The best way to fight humour is with more humour. And that’s exactly what feminist memes do! Memes are an effective way of reaching out to millennials and to drive the point home. Therefore, several South-Asian feminist meme channels have sprung up to equalise this single-sided battle of humour and wit.

Humorous feminist memes also thwart the sexist assumptions that women are somehow less funny than men. The hilarity of these feminist memes breaks the stereotype of women as serious, morose and pettier than men, while simultaneously bringing a change in the mindset of people and gathering more support for the feminist movement.

These feminist meme channels don’t hesitate to highlight the uncomfortable realities of the society that are often excluded from the real-world conversations because of the stigma attached to them. For instance, a Facebook page called Feminist Bollywood GIFs addresses through a hilarious meme the concept of consent.

Consent is an important subject that not all people understand. There is always an assumed perception around a woman’s ‘no’. Several Bollywood songs and films normalise stalking and harassment keeping this mentality in mind. This meme explains in a single sentence that a woman’s ‘no’ means ‘no’ and nothing more or less.

Here’s another meme from Feminist Bollywood GIFs that depicts men hijacking the social justice movement and diverting it from the crucial issues it raises towards meaningless arguments. It’s not to say that men don’t suffer sexual harassment or that men suffering sexual harassment is not an issue worth discussion, but bringing it up only and only when women are talking about their experiences with sexual harassment is futile and only an act to deflect feminist issues.

Since men can’t seem to stop intercepting all feminist discussions with their beloved (though, moronic) argument of “Not All Me”, Feminism in India last year launched a campaign to claim the tag #NotAllMen and twist its narrative. It’s about time someone makes these #NotAllMen mansplainers understand that not everything is about them and sometimes they should just lean back and let women talk about and to the men who do. Another Facebook page called The Spoilt Modern Indian Woman challenges the patriarchy in an amusing fashion. They raise their voice against the stigma and subjugation women face in the society but give it an entertaining twist, which allows them to better connect with their audience.

This meme by The Spoilt Modern Indian Women for instance, addresses the confusion of anyone who believes in gender equality about whether or not they are a feminist. Feminism has gotten such a wrong connotation over time that people nowadays are afraid of being associated with it. Being called a feminist for some appears as if they’re being abused. This short and sweet meme slashes every false assumption of feminism and states in clear, simple terms what feminism really is.

The Spoilt Modern Indian Woman also initiated and led the series called “Real Life Superheros” that was a compilation of feminist memes in which ordinary people participated to provide counter discourse to the surplus of anti-feminist memes present on the internet.

While speaking to Vagabomb, the creators said, “Our aim was simply to challenge and break some of the infinite gender-related stereotypes that exist online, in households, at workplaces and academic institutions, and in everyday life in general. We want to provide an alternative, gender inclusive narrative without taking the serious and heavy tone. We think that the best way to beat regressive, sexist humour is with empowering, inclusive humour.”

The campaign not only featured women but was also open to men, because feminism is not all about challenging and busting myths of femininity but also masculinity. The series became a great success and brought under the limelight the several stereotypes people hold and the new mindset modern women view them with.

A similar campaign was earlier done by students of IIM Kozhikode, which was called The Empowered Indian Woman. The idea behind the series was to take stereotypes associated with Indian women and then subvert them to reflect India’s many strong, independent modern women.

This meme brings our attention towards the equality there should be in household chores. Cooking, cleaning and washing are often assumed to be the tasks of women only in India, whether working or a homemaker. This meme calls to our attention why only women should do the household chores when both, the man and the woman, live in the same house and should assume equal responsibility for every task associated with it.

Memes take a casual approach to address severe issues. These memes are often so relatable that they strike a chord and resonate with their audiences. They instantly make you wonder about the gender disparity that exists in our society, even in the matters of remote importance. Memes take up the issues that aren’t talked about as openly, that are serious and have become a taboo in the society, like menstruation, sex, masculinity, and put a light-hearted spin on them so they seem much less threatening to discuss when you can comfortably laugh about them.

Tweetchat: The ABC Of Loitering In Hyderabad #WhyLoiter

The Partition Of Bengal: Challenges Faced By Women And Migrants