The modern, liberal savarna believes in a caste-less society: the one in which s/he is caste-blind when it comes to atrocities and discrimination lest s/he be called-out for his/her caste privilege but is cultural enough to retain his/her caste roots and wear its symbols on his/her sleeve.
By Christina Thomas Dhanraj Sep 13, 2017 7 min read

The practice of caste in India and the rest of South Asia is indisputable. The 3000-year old oppressive structure has its footprint in pretty much everything that is remotely Indian or South Asian. And no, 60 years of being a Republic, or the Mandal Commission couldn’t do much to erase it. 46,111 cases were registered under the SC/ST PoA Act in 2013, and 84.1% of those is still pending in court. A culture of impunity, which has in its midst casteist public officials, police, lawyers and judges, ensures the continuous denial of justice to Dalits. Intra-caste marriages are still the norm for close to 95% of India’s youth and nearly 27% or more of Indians still practise untouchability. Caste-based residential segregation in metro cities is a lot more significant than class-based segregation, and exclusive townships for specific castes are not an entirely a new trend.

But despite all the evidence (which in itself is grossly under-reported by mainstream media), the predominant narrative sold to the world by ‘modern’ India is that caste is a thing of the past or that caste is not so evident within urban contexts. And the ‘modern’ Indian (most often a savarna) plays a key role in articulating this narrative; with schools, universities, and the new-age corporate culture actively aiding its propagation.

What’s problematic with this caste-is-dead narrative is that not only is it incorrect and untrue but also that it benefits the savarna in ways that keep the social stratification intact. By denying the current impact of caste on the Dalit’s access to resources, the savarna uses his/her caste privilege to compete for the same set of resources while justifying his/her resentment for affirmative action policies.

In so doing, the savarna leverages the widely popular anti-government stand to criticise reservation schemes but continues to reap the benefits his/her caste privilege offers him – social mobility; access to education, healthcare, and career opportunities; possession of ancestral land, property and wealth; trans-national networks and partnerships; and the ease of social acceptance for his/her lifestyle, choices, behaviour and relationships. The savarna, in effect, looks as if s/he is liberal and modern – liberal enough to criticise the state, and modern enough to not believe in the caste system.

the predominant narrative sold to the world by ‘modern’ India is that caste is a thing of the past.

But if the savarna is indeed that modern, should we not expect him to remove the sacred thread, or not speak in a dialect that gives his/her caste away, or not be particular about marrying into the same caste, or say no to caste-based rituals and festivals? If indeed s/he is that liberal, isn’t it only logical that we expect him/her to shame the state for not addressing caste-based atrocities, or not display selective outrage for only terrorist attacks and animal torture, and show action-oriented solidarity with anti-caste movements?

Shouldn’t the savarna demonstrate his/her newly discovered modern identity, which s/he claims is very different from his/her conservative parents, in ways that are more credible and believable? And more importantly, should we not expect the savarna, especially the one who wears the progressive and politicised label, to primarily question his/her privilege and his/her family’s on account of being dominant caste?

Caste as a Cultural Identity

Most often, the savarna, regardless of his/her social labels, does not feel the need to live up to any of the above expectations; s/he believes his caste privilege also offers him immunity from all kinds of criticism. S/He is at liberty to pick and choose aspects of his identity and lead a lifestyle that is under no compulsion to corroborate his cover story. His/Her privilege allows him to practice caste under the guise of ‘cultural roots’.

Take the case of the GSB controversy (Nov 2014). Post his tweet on saraswat pride, Sardesai went on to explain his stand on the Hindustan Times, saying, “‘GSB’ refers to the Gaud Saraswat Brahmins, a tiny, but highly progressive community of fish-eating Brahmins that I belong to…” Note how his modern, progressive public image is made to seem like it can peacefully coexist with his caste identity. In fact his very community is identified as being progressive; the latter does not appear to necessitate the shedding of his or his community’s caste label. Sardesai also lists the famous GSBs of this country, citing cricketers, theatre artists and actors, thereby substantiating the pride he felt when he saw GSBs making it to the cabinet.

This ‘caste pride’ that Sardesai so nonchalantly mentions, is not in any way innocuous as it is made out to be. This is not the kind of pride that one feels when their child makes it to the national sports team. This is the kind that got the Jats to gang up against Dalits in Mirchpur; that made Laxmanpur and Khairlanji and Karamchedu happen; that continues to acquit the accused every time; that protects the dominant caste violator and shames the Dalit survivor.

This is arrogance that got dominant caste youth to hold anti-reservation protests by mock sweeping in 2006; that drove the Kongu Velala youth in Tamil Nadu to campaign against inter-caste marriages in 2012; that gets riled up every time one of the dominant caste women unite with a Dalit man. This is exactly what’s behind social media pages dedicated for specific caste groups; this is what the Brahmin stand-up comedian has on his mind when he jokingly mocks his own family traditions; this is what an “equal rights activist” calls as preference.

The modern, liberal savarna believes in a caste-less society: the one in which s/he is caste-blind when it comes to atrocities and discrimination lest s/he be called-out for his/her caste privilege but is cultural enough to retain his/her caste roots and wear its symbols on his/her sleeve. With liberal clothing and matching accessories, his/hers becomes the most respected and desired avatar – a perfect combination of sophistication, culture, and a ‘progressive’ mind-set, doling out perspectives on issues on an everyday basis. Social media is his/her stage and his/her audience, a million followers who retweet and reshare his/her pearls of wisdom.

his community is identified as being progressive; which does not appear to necessitate the shedding of his or his community’s caste label.

Caste was and is a defining factor in friendships

While manifestations of caste in marriages and romantic relationships are to some extent measurable (only 5% of Indian marriages are inter-caste), what happens within friendships most often remains unsaid. As Yogesh points out in this essay on how caste operates in campus contexts, savarnas most often form caste groups to maintain intimate friendships. By extension, this is true of other spaces as well; including corporates, religious circles, recreational networks, and the media. The so called progressives spaces are not exempt from this either; and more so if it lacks the discourse on caste and its pervasiveness.

The persona of the modern, liberal savarna becomes key within this framework of friendship. The symbols s/he wears of his caste identity, and possibly his/her privilege, become points of connect and hooks of engagement with other savarnas. However, unlike his/her previous generation, the exclusivity of these groups and ‘gangs’ are not blatantly advertised, though it’s ensured that one’s dominant caste identity is always made a mention of.

Like for example; when discussing dietary choices or wedding rituals, it is almost customary for the savarna to use that conversation as an opportunity to name his/her caste location. This invariably makes it easy for the other savarnas to pursue intimacy and connection, without coming across as being regressive like their conservative parents, who “are finding marital partners through community clubs“.

His/her surname, where s/he lives, who his/her relatives are, his/her dialect, his/her skin colour, his/her economic standing, who s/he is married to, the kudumi or shikha on his head, the musical training s/he’s had as a kid, her clothing and her jewellery, his/her perspective on the arranged marriage tradition, his/her disgust for the Dalit struggle, his/her dispraise for Babasaheb and his/her admiration for Gandhi, are all close-to-explicit indicators of one’s caste location and privilege as well, which the savarna takes no effort in hiding.

While the above trend within not-so-progressive spaces have for long been tolerated and most often ignored, it is enormously disappointing to witness its thriving in spaces that claim to be progressive, liberal and/or radical as well. It is tiring to repeatedly encounter savarnas that masquerade as allies; extending ‘solidarity’ to anti-caste/Dalit movements on one hand but harbouring a deep-rooted conviction of their ‘superiority’ and ‘purity’ on the other. ‘Progressive’ savarnas latching on to one another claiming to challenge structural inequalities are in reality only acting in their self-interest to self-preserve. And ‘progressive’ groups led/dominated by savarnas, protected from all kinds of calling-out and challenging, cannot do much to change the status quo.

To view us as fascinating subjects for learning and use our extension of friendship as an opportunity to gain access into our narratives and worldviews, only to other us later; to promise unfaltering allyship but buckle at the slightest calling-out; to place your fragility over and above our experiences of oppression; to say that you thoroughly understand our struggles and complexity but gaslight us into believing that we are angry and reactive for almost everything; to have close-knit unions with savarnas who look and live and walk like you but only seek to have superficial interactions, and exploit us for ‘politics’ sake; to rub shoulders with us at rallies and protests, but celebrate festivals that are inherently oppressive to our communities; to not question your family’s privileged position and continue to reap the benefits it gives you – none of these is solidarity. And more importantly, to not stand up for us when we really need you to and fail us when push comes to shove – that is ally–theatre at its best.

To walk all the way, to go that extra mile, to be present, to be emotionally involved, to be personally invested, to fight the fight like it’s your own, to assure, to challenge from a place of compassion, to protect, to be, to do – this is what real friendship and real solidarity looks like. To take an honest effort to understand, to not appropriate, to be personal, to not other, to never other, to know, to always know – that’s what a true friend does, that’s what an ally does.

Also Read: Who Is The “Perfect” Dalit Woman? On The Self-Assertion Of Identity

Featured Image Credit: Developed by Equality Labs as part of the #DalitWomenFight campaign.

This post was originally published on Roundtable India and has been re-published with permission. 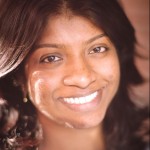 Can The Art Of Faking Orgasms Be Theorised?