Shaadi Mein Zaroor Aana, directed by Ratnaa Sinha, has a promising start as a small-town love story that seems to both recreate and subvert conventional arranged marriage tropes. The protagonist, Aarti, played by Kriti Kharbanda, is intelligent, ambitious and knows her own mind even if she succumbs to parental pressure to enter the marriage market.

She might be falling in love with Satendra but she refuses to be rushed into saying ‘I love you’ before she is ready. She’s unafraid to correct his English pronunciation or suggest that they get drunk on their honeymoon and she’s discerning enough to appreciate her lover’s simplicity and sincerity.

Rajkumar Rao plays the besotted Satu who is unabashedly excited about his upcoming wedding. The song ‘Tu Banja Gali Banaras Ki’ sung by Asit Tripathi beautifully captures their budding relationship which seems to take place in blissful ignorance of the parental negotiations for dowry.

Matters take an unexpected turn when Aarti gets news on the night of the wedding of her success in the state’s public service commission exam which she has taken without the knowledge of her parents. Many Indian women can relate to the experience of secretly following one’s professional aspirations especially after one reaches the crucial ‘marriageable age’. And the Indian obsession with the prestigious ‘sarkaari naukri’ makes her dilemma credible.

Unfortunately, the second half of the film undoes much of the good work of the first.

Fearing that her groom isn’t strong enough to support her professional ambitions, Aarti decides, albeit with many tears and misgivings, to walk out of her wedding and pursue her dreams. Her cunning ‘mamaji’ turns tables on the groom’s family by attributing Aarti’s sudden disappearance to their demand for dowry.

The supporting cast does full justice to the gripping human drama of this segment of the film: Aarti’s cousin’s willingness to risk family ire by supporting her is as heart-warming as her father’s rage is believable. The brief shot of her mother’s wordless and tearful hug makes one root for the quiet feminism of Indian mothers who silently support their daughters’ resistance to patriarchy. But it is Satendra’s shock and sorrow and his support of his humiliated family that tugs at the viewers’ heartstrings as the film breaks for the intermission.

Unfortunately, the second half of the film undoes much of the good work of the first. Five years later, Satendra has climbed the socio-economic ladder by acquiring a much coveted central government job (thus surpassing Aarti’s achievement as a mere state level officer – after all, there’s nothing a successful woman finds more attractive than a “more successful” man).

He’s given up his small-town persona for a clipped accent and a metropolitan appreciation of five-star hotels and fine dining. Understandably bitter about Aarti’s betrayal, he uses the opportunity of a departmental enquiry against her to make her life miserable. What could have been a sensitive exploration of the contradictory feelings that emerge between former lovers, turns into a simplistic revenge narrative.

potential for a sensitive exploration of the contradictory feelings between former lovers turns into a simplistic revenge narrative.

When Satendra’s insults and invectives cross the line into sexual harassment (yes, suggesting that a woman colleague book a room with you at the nearest hotel, sitting too close for comfort, forcing her to write your personal letters and making personal remarks about her appearance constitute workplace sexual harassment), rather than showing the strength of character promised earlier in the narrative, Aarti retreats into apathy. While her failure to call out the harassment might be forgiven, considering the complicated calculations that employed women often need to make between resistance and discretionary retreat, the rest of the narrative is even more disappointing.

Spoiler alert: The plot attempts to redeem Satu’s character by showing that he was trying to save Aarti from a more villainous character all along, but it fails its feisty heroine by suggesting that this show of decency is all that is required for her to hurl herself at him. There are few patriarchal clichés more disappointing than a strong, self-determined heroine who is attracted beyond reason and principles to a man who has been abusive to her. With a few unimaginative scenes of Aarti pursuing the unwilling Sattu, the film rushes towards a rather unbelievable climax.

Shaadi Mein Zaroor Aana is somewhat redeemed by a couple of soulful melodies and highly competent acting, and by some delightful touches like its representations of a family’s pleasure in planning weddings, Rao’s uninhibited portrayal of the exuberant groom and secret smoke infused discussions of sex between ostensibly conventional young women (including injunctions not to give in to a fiancé’s demand for a pre-marital snog). If only the writers had capitalised on the feminist potential of the film by crafting the second half with more sensitivity. 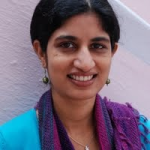 Where Social Justice Meets Mental Health: How Does Caste Matter?

Human Vs. State: Mental Health In The Context Of Political Turbulence