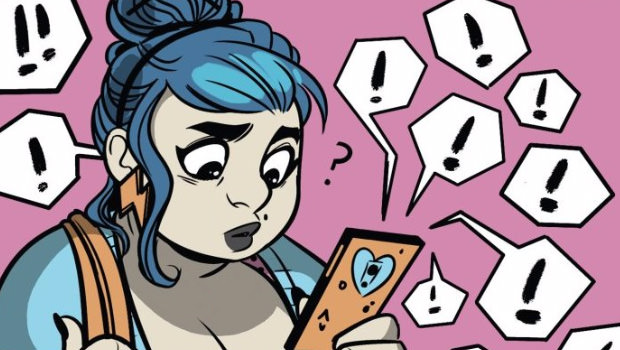 As a person with more than the recommended average body mass, I have dealt with concerned trollers literally all my life. For those of you who might be unfamiliar with the term – a concern troller is a person who feigns concern about you when you are doing something that makes them uncomfortable.

They pretend to care about you when what they really want you to do is stop doing something that makes them uncomfortable. It’s not really about you, it’s about them.

Dear concern troller, do you care about the health of every random person you see – or only those who are fat? Do you think people who are not fat cannot be diabetic and have heart problems? You think only fat people get sick?

Or maybe you are fatphobic and fat bodies in public spaces make you uncomfortable, because not all fat people have health problems, and not everyone with an ideal body mass index has perfect health. You are factually wrong. For your own sake, you might want to look into how you are perpetuating fatphobia.

And no – please don’t show fat studies to me. Most people don’t know this but 90% of fat studies are sponsored by weight loss companies. Think about that for a second. In fact, you should probably check the sponsors of any study that you come across online because it’s common practice for companies to publish factually incorrect and misleading studies to further their company’s interest. If this anecdote is not enough for you, you have internalized fatphobia to an extent that is shameful.

The purpose of the article is not to address concern trollers, but address how often even ‘well-meaning’ and ‘woke’ individuals can perpetuate fatphobic discourse. These are people who celebrate all body types, and yet in their everyday conversations can make microaggressions which might be upsetting or triggering for a plus sized person.

A few weeks ago, I was having a conversation with a friend who is currently studying in a fancy grad school in the UK. She is a proclaimed feminist and has written several papers on Simone De Beauvoir and Judith Butler.

Dear concern troller, do you care about the health of every random person you see – or only those who are fat?

For those of you who have not heard these names, these are eminent feminist philosophers and have made very detailed academic arguments for feminism. Their works are pioneers of feminist theory. But back to the conversation I was having,: I saw some of her pictures on Facebook and complimented her on them.

I told her she looked pretty, and she dismissed it saying she was sure she looked fat. I asked her if she thought that ‘fat’ and ‘pretty’ were mutually exclusive. She laughed –  clearly uncomfortable with what I just asked.

This is only a single instance, but it went on to reveal that much like most of the people we know, my friend who will probably pursue a PhD in gender studies, has internalized fatphobia and she displayed the same while acknowledging thin privilege in that one single sentence. That was and is upsetting.

Growing up, I was actively discouraged from wearing cut sleeve t-shirts and short clothes – basically anything that would show off my body because my body was something to be ashamed about. I wore whatever I wanted. My self-expression is none of anyone’s business. What I am saying is, people did not make it easy.

I get unsolicited advice on weight loss all the time, and people have a tendency to assume that losing weight is just something I would naturally want to do. These people, including my mother, tell me that if I lost weight I would look better in what I am wearing, and then immediately add that they are concerned about my health.

Their discomfort does not come from concern for my health. I have already established that. It was a Herculean task to not let fatphobia affect my self-esteem; it shouldn’t have to be. A lot of my friends are also fatphobic in their conversations when talking about their fitness regime, for they generally tend to conflate being thin with being healthy, which is factually incorrect and insensitive towards people with larger bodies.

Another thing I want to point out about fat-studies is that they generally establish a correlation between fatness and diseases and not causality, and the same can be done for people with different body types. Meaning fat studies are misleading and by perpetuating a harmful discourse around fat bodies, they are actively encouraging the demonizing of larger bodies without much substance to validate their argument. People tend to believe these ‘studies’ because of internalized biases.

In fact, there are frightening instances where people go to doctors to get treatment and are often asked to lose weight first even if their body mass has nothing to do with their ailment. Not only does it delay their treatment, it also prolongs their suffering.

a concern troller is a person who feigns concern about you when you are a doing something that makes them uncomfortable.

I will give an example. Last year I visited a physician because I was having severe anxiety episodes, at the time when I did not know those were anxiety episodes. I used to feel claustrophobic in closed spaces and had difficulty breathing at random moments during the day.

I used to be severely anaemic, so I visited the physician to know if my anaemia had anything to do with my breathing difficulties. The physician told me I needed to lose weight and recommended going to a dietician. It did not seem like an accurate diagnosis, so I did something I would generally not advise other people to do*, even though it helped. I googled my symptoms, and they all pointed towards Generalized Anxiety Disorder.

I needed therapy, not a diet change. And this happens to plus size people more than it should. My body type has only close to 1% positive representation in the entertainment industry. Generally, fat people are presented as caricatures who are present for comic relief. In fact, fat comedians (looking at you Bharti), capitalize off of fatphobic jokes and only perpetuate fatphobic discourse.

Why do we celebrate specific kinds of beauty? Isn’t that limiting – and to an extent stifling?Fat people are people and not an aberration. Concern trollers – repeat that to yourself till you get the hang of it.

Also Read: Fat Shaming Is The Easiest Trope For Advertisers To Fall Back On

*The reason I will not advice googling your symptoms even though in my particular it was helpful because even though for some things there is accurate diagnosis is out there – so is a lot of misinformation. Smaller symptoms could be sub-symptoms of a larger problem and larger symptoms, in the end, might not mean anything. I was feeling forgetful for a bunch of days together and when I googled it, it showed that I am showing early signs of Alzheimer’s. I don’t have Alzheimer’s. 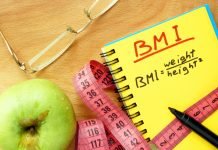 What It Is Like To Live With An Anxiety Disorder –...

Dear Media, The Queer Community Is More Than Just ‘Gay’ And...