Home Society Campus Creating A Feminist Classroom: Why Should Marx Have All The Fun? 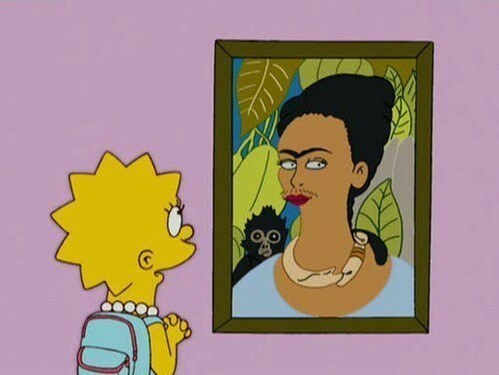 As a student, I only knew one kind of feminism. As a teacher, I got to discover many.

Sometime last year, I made the decision to not talk about feminism in my classes. I got tired of having to defend it even before I’d begun explaining it. At the end of these classes, I’d be hungry, out of breath and to add to that misery, some students would be left more convinced than before that feminism is pointless.

Most days I am too exhausted to think of witty rebuttals so I resort to mean, cold sarcasm. This has cost me in the form of a lot of snubbed boys who turn their faces in the other direction when I pass them in the corridor.

Every semester, there is at least one incident in a classroom where my colleagues have opened a discussion on feminism, and one student – very often boys, are wounded by this. Sometimes, after class, the boys come to the department to explain their side.

“But see ma’am, feminism can backfire also no? Can you give me guarantee that once they get equality, these women won’t rape us?”

“Even the most talented swimmer will think twice before jumping into a lake filled with crocodiles. Why do these women to go out in the night when they know they will get raped?”

“Ma’am, if you are wearing tight jeans, you are giving me the opportunity to stare at your legs instead of listening to your lecture”.

For the sheer joy of a social science experiment, I have assessed various comebacks to decide what would be an apt response to these situations. The conclusion is that there is no apt response. It changes every day. Some days, when I don’t have too much protein in my body, I make a bad joke and move on.

On other days, when I have the nerve to scream, I make a fuss because just that morning, a man stopped his bike next to mine at the signal, hugged his handlebars and stared at me while making kissing noises. Then there is the student who never stands up to wish me when I enter a classroom but is suddenly seized by devotion and stands up like a patriot when a male colleague walks in to make an announcement.

Some days, my job is easier because, for every 5 cry-babies, there are one and a half feminists who come bearing flags to help me. As of now, I just let my body decide if I have the protein to fight.

Then on some rare days, it doesn’t feel so disorienting. Last year, a boy came to me for help. He had had a hard time while making an announcement in class. Some boys wouldn’t take him seriously. He wanted to know if that’s how it is for all female teachers – Do young boys take us seriously? Had there been a male professor, would those boys have behaved? We spoke for hours that day.

Also Read: Where Can We Cry? – Forced Silence And Subversion In Educational Institutions

A couple of days later he came back to apologise. “In class today, I cut you off in the middle of a sentence when you were making a point”. “That’s ok”, I said. Over months, he became very sensitive to the things he was saying and doing in the classroom. He said he was surprised by how easy it has been for him to not pay attention to his behaviour.

Then there are some girls who make me want to shut up and listen to them. Inspired by the badassness of a girl I once taught, I wondered if sometimes young girls shouldn’t have to care for feminism because it is already a big part of their lives. They have thrown chairs on their fathers for repeatedly coming home drunk. They knew just how to laugh at boys who took themselves too seriously in the classroom.

They once confronted a boy who had been whining about too much feminism in English classes. Rolling their sleeves up to their forearms, they had demanded, “Solla pa, Feminism pathi ennatheriyum”? (Tell man, what do you know about feminism?)

A moment that I have grown to loathe is when the class is going well and I suddenly become aware of the power I have to ‘ruin’ it by bringing up feminism. Sweet Mallu boys who have had a steady diet of Marvel/Nolan films would love to discuss Wonder Woman, as long as you promise “not to make THIS ALSO about feminism, ma’am”.

I wondered if sometimes young girls shouldn’t have to care for feminism because it is already a big part of their lives.

But as I have come to realise, I don’t have to teach/explain feminism to a class of 60 students in 50 minutes if I make it a standard procedure to engage with feminism regardless of what we are doing in class every day. It doesn’t have to be like sex-ed where one has to enter armed with slides and PPT presentations for a one hour class.

When a student once told me that the reason why some people hate my classes is that I make everything about gender, I almost took it seriously. Then my colleague pointed out that this student would never make similar complaints about male professors who make everything about religion or Marxism. It was true. He worshipped them. But why should Marx have all the fun?

Why is it my burden to worry that a class on ‘Women in film’ immediately after a lecture on ‘Everybody Loves a Good Drought‘ is belittling to their intellect, almost shrinking their brain sizes?

Why is it also my burden to bear, that talking about Dalit Feminism might make people uncomfortable in the classroom because they are not willing nor ‘ready’ to acknowledge me as Dalit since I speak English, make money and live in a city? What kind of discrimination could I possibly be facing?

A ‘no protein’ response to that would be – it’s not my duty to make you aware of your own privilege. From anger to humour to love, I have reached a happy place where I don’t care what Lisa Hayden says about feminism because I continue to admire Vijaylakshmi (the character she played in Queen).

Somewhere between being mad at Dhanush for being misogynistic on-screen to defending my right to watch VIP 2 first day-first show, I have reached a point where when I come across this line in Half of a Yellow Sun (Chimamanda Adichie) where an old woman is telling her daughter, “Did you eat mushrooms? Sweep like a woman!” I find it oddly powerful and not at all sexist.

Also Read: On Being Policed And Disciplined In An Army Hostel For Women

Encountering Rape Accused And The Lie Of The Death Of Rape...