The army hostel I lived in created several layers of hierarchies to create a rift and used women in the name of “seniority” and “discipline” to police other women.
By Deachen Angmo Apr 9, 2018 3 min read

Three years back, I got myself admitted to an Army Hostel for women in Delhi since my father was serving during that time. It was close to my college, so I thought I was “privileged” to get in there, as the hostel is best known for its care and facilities among all the Army Hostels in the country.

On the first day itself, I was stopped by a senior who told me that my shorts were inappropriate (shorts above the knees were not allowed outside the premises and in the mess). I was nervous and I didn’t respond back. I just replied in affirmative, although I was quite furious and taken aback.

I was hurt specifically by this incident as it was a senior woman hosteller assuming “power” because she was a year older, in order to perpetrate harassment in the name of discipline. This became so ingrained in my mind that I fear wearing that goddamned piece of clothing in public even now.

sentries would be deployed at the gate to note our ‘in’ and ‘exit’ timings in their register to capture our movements.

That’s how patriarchy worked in my hostel – successfully! It created several layers of hierarchies to create a rift and used women in the name of “seniority” and “discipline” to police other women.

Since it was an Army Hostel, sentries would be deployed at the gate to note our ‘in’ and ‘exit’ timings in their register to capture our movements. The administrator would use their presence as a reason for us to wear “decent” fully covered clothing to “protect ourselves from the eyes of the sentries”. This claim to defend women from the male gaze by patrolling their bodies worked best to create a narrative of protectionism.

There were both rigorous and subtle forms of surveillance used to further perpetuate this narrative. The curfew timings, for instance, were 7 PM in the winters and 7:30 PM in the summers. Such timings did not allow women to participate in college societies, commit to internships, attend events, etc.

This was deliberately done in order to not get us “spoilt” with out-of-classroom education. Anything outside the classroom was considered useless. Students had to quit affordable arrangements made for the wards of defence forces and shift to expensive PGs or apartments for college-work and internships.

The hostel gate would be closed by 9:30 PM, followed by the balconies in every block. The study room would close at midnight. There were constant checks in the evening to see if we had our curtains drawn or not. The common room would not be accessible after 11:30 PM.

The provisions for night-outs were quite painstaking, where parents would be needed to send a leave application via fax 24 hours prior, inconveniencing parents who don’t have the technology at home. All these surveillance systems would turn our abodes into prison cells.

Upholding tradition and public shaming were the tools continually used to create a toxic and closed atmosphere, where there was no scope of coming together to resist the empire- administrator. The scope of resistance deadens when women unite with men – I think this was one of the reasons why we did not protest, apart from the fear of getting publicly shamed and being thrown out.

the timings did not allow women to participate in college societies, commit to internships, attend events, etc.

When I see and hear about success stories of women from all over the country breaking the cage in huge numbers and fighting against this discriminatory system of surveillance that violates our right to movement and accessibility, it fills my heart with bittersweet emotions. It makes me angry about the days that I spent in my hostel, not resisting enough.

The recent historic victory on 20th March, when women students from Jamia Milia Islmia protested against the curfew and extended it successfully from 8 to 10:30 pm is an inspiration for women all over the country. It was a revolutionary moment of collective struggle against the many years of institutional harassment of women.

Perhaps it is time that we all come together to form strong solidarities and communities to take charge of our bodies, our movements and our protection without being infantilized and harassed. We need to own our hostel spaces and not let them become prison cells of patriarchal institutions. 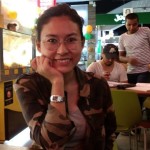