IntersectionalityLGBTQIA+ Queers of India Talk About Their Experiences With Section 377

We asked queer Indians how Section 377 had impacted their lives and used as a tool to threaten, intimidate & harass. Here is what they said.
By Ruth Chawngthu Jul 12, 2018 4 min read

Section 377 has been the subject of many queer persons’ nightmare for many years. The fight to scrap the law is one that has spanned decades and has involved the blood, sweat and tears of many activists whose hopes were quashed again and again with the judiciary and the parliament constantly flip flopping on the issue. In 2015, nearly 1,500 people were arrested under Section 377 and with crimes against LGBT+ people constantly rising in numbers, we have now arrived at a point where many concerned members of the community have filed petitions questioning the validity of the archaic colonial law that has been used to threaten, blackmail, and extort gay men and queer people in huge numbers. Currently, the validity of Section 377 is being contested yet again in the Supreme Court by multiple petitioners and the entire country is debating on whether the law is finally going to be removed or not. 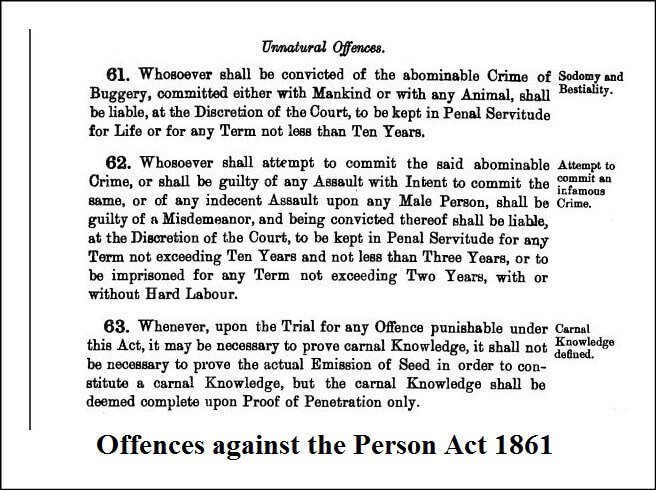 With the 2013 Supreme Court judgment that reversed the 2009 reading down of Section 377, queer people are still living in fear in 2018, as thousands before us have. We’re at the crossroads, looking back at the impact the law had on our personal freedom while also reminding ourselves about the possibility that all this fight might result in yet another disappointment. In this regard, it is therefore important that our voices are heard by the public and for the Government to know that the “miniscule minority” consists of actual living, breathing people who are tired.

We asked queer Indians how the weight of Section 377 had impacted their lives. This is what they said:

For me, personally, Section 377 has played a huge role in the way I’ve viewed myself ever since I was an adolescent, well into adulthood. This may seem odd for a trans woman, as we often associate Section 377 only to cisgender homosexual folks. However, growing up, upon realising that the law of the land saw me as criminal simply because I had male genitalia and was attracted to men made me feel extremely invalid. When the law obsesses over the specifics of your genitalia and how you put it to use, you automatically feel a sense of alienation. Before coming to terms with my gender identity, I identified as a gay man for a long time. While on the gender front, things have changed, my love and my intimacy still remain invalid because Sec 377 believes it to be against the order of nature. And this is continually used by conservative members of my family as an argument against the existence of the queer community.

I have always had this fear of being targeted because of the law. The law, which by wording is used to oppose any sort of “unnatural sex”, is used specifically to create problems for our community. Apart from that, another thing that translates into our life due to the law is that our country is not even talking about equal rights like right to marry, adopt, practice surrogacy etc., which I believe is very important for the social development of the nation. And this is just because the law criminalises a non-straight sexuality in the first place itself.

Homophobia extends beyond a section from the statute book. I have been delegitimised and laughed at, beaten up and been called confused, illegal and sick and other names. The state and law sanctions this humiliation that I and many other queer persons face every day through its Section 377.

When the 2013 verdict came out, everyone in school, on Facebook, and at home was talking about how unnatural this ‘gay thing’ was and that the Supreme Court had done a good job. Section 377 only confirmed the misguided beliefs of people near to me and now my only support group is other vulnerable queer Indians over the internet. India is enjoying 71 years of independence and yet we queer Indians are yet to be free.”

I am not out, solely because of the law, because it impacts our social lives and gives homophobes another reason to speak against us. You can’t express your homosexual identity – people from the LGBT community have to be utterly secretive. Our social identity of being homosexual is completely denied.

We are entering a new phase where both the Centre and the Supreme Court seem to be in favour of letting go of this archaic IPC Section. However, considering that we have been disappointed numerous times before, we are cautiously optimistic about the what the outcome may be while also preparing our riot gear in case things don’t go our way.

Also Read: A Handy Guide On How To Report On LGBTQIA+ Issues