Most of the Punjabi songs these days either show stalking or relationships where women are demanding things from their husbands and boyfriends.
By Meghna Mehra Nov 1, 2019 4 min read

Punjabi music like Bollywood music is becoming sexist day by day. The peppy numbers are filled with offensive lyrics or storylines which normalize things like stalking, harassment, etc. Long back, Honey Singh was criticized for his sexist lyrics. Most of the Punjabi songs these days either show stalking or relationships where women are demanding things from their husbands and boyfriends. The portrayal of women in songs remains reduced to becoming eye candy. In this article, I will share 5 Punjabi Songs which are Sexist and problematic.

Palazzo begins with Himanshi Khurrana going downstairs and two men checking her out. She complains to her boyfriend(Kulwinder Billa) who laughs at the remarks of other men. Kulwinder further blames her for looking beautiful and attracting others. Himanshi asks him to maintain distance and Kulwinder agrees and says “let’s see how your protection happens then”. Different men keep on stalking Himanshi in whole video while the lyrics “praise” her looks and palazzo. One of the repeated sentences is “Je 3-4 gabru halaake kitte na, fayada ki palazzo paake nikle da” which translates to “if 3-4 men do not get killed by your looks, what is the use of getting dressed up in a palazzo”. It reinforces the idea that women get dressed up for men. The whole song is on her attire and looks which is often called flattery but it has sexist undertones. Lyrics also includes asking “why you dress up so beautifully and come out”.

The Song Suicide is basic bollywood hero’s punjabi brother. The song begins with Sukhe(singer) stalking a girl and asking his friend how to write that “I will commit suicide if said no to me this time”. He gives that piece of paper to the girl and scares her. In the entire video, he stalks the girl and in the near end, he grabs a gun from a shooter, keeps it into his forehead and asks the girl again to which she agrees. He also asks her to kiss his cheeks. In the end, it is shown that the shooter was a paid man and everything was planned to scare the woman. It is purely manipulation and violation of consent widely celebrated in the video.

The song begins with Mankirt attending Sukh’s call. She is calling him to attend a party and when he refuses she says “I got stuck by marrying you”. He enters the house and Sukh asks him to get ready. She treats him like a mother taking care of her child. The lyrics go on “He comes after a month yet doesn’t ask me how I am”. She picks his shoes so that he can wear them, keeps on folding hands to request him to do basic things. When they leave for party, the neighborhood women try to check Mankirt and the lyrics mention how he will never cheat Sukh and when someone loves you this much then respect it instead of overreacting(for sukh). The whole video goes around Mankirt acting like a manchild and Sukh getting tired of it yet getting happy when he do the bare minimum. It appreciates the men who do the bare minimum and keep their wives hanging for basic things.

The song begins with Gurnam seeing a girl and offering her a “kada”, a bangle to propose to her. The lyric goes on “The Date Of Marriage Will Be Written On The Bangle”. The girl rejects him and he gets mocked. The girl, later on, asks him to go for wedding shopping and throws his wallet to embarrass him. The guy walks around the girl during the entire video trying to convince her yet nowhere, it is shown that they know each other. The lyrics goes on as the guy brags about his friends, money, etc to convince the girl. The guy comes with a diamond anklet to propose to the girl to which the girl asks him to come and ask his hand to her parents and he goes with his entire family for sending a marriage proposal. Suddenly, the girl agrees and happily lets him tie a diamond anklet on her ankle at her home. It imposes the belief that the consent of a person can be manipulated. You just need to try harder. It is a stalking tactic often seen in cases of harassment, the stalker goes to parents of the victims to seek permission.

The Song begins with a woman (Norah Fatehi) showing broken shoes to her boyfriend (Hardy Sandhu), the lyrics talk about how the girl keeps on asking for things like shoes, earrings, etc. It is based on the “gold-digger” stereotype of women which states that women date men for money. The entire song revolves around demands and how Hardy wants to leave because he cannot keep her happy. Apart from the lyrics, the portrayal of women is sexist and objectified. The woman in the video isn’t shown speaking about anything and is used as a mere prop.

Also read: 5 Sexist Songs Of Bollywood In 2019 That Need To Be Called Out

The common factor in all these Punjabi songs remains that women aren’t treated nicely in one way or another yet it is normal. These Punjabi songs promotes a patriarchal outlook of society by calling women gold diggers, violating their consent through manipulation, treating them bad after marriage or merely running after them to get married. 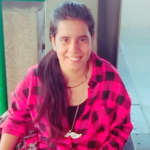 The Girlboss And The Perpetuation Of A Toxic Hustle Culture

How Is The Agrarian Distress In Maharashtra Affecting Women

‘Didn’t Receive Alimony Or Wages’: Women Voices In Family Courts During The Pandemic