The trailer of the Pati Patni Aur Woh normalizes and trivializes marital rape, giving it an unjustified legitimacy through a deeply problematic dialogue.
By Manjima Misra Nov 7, 2019 3 min read

A triangular love plot is an oft-used contrivance in films. Adultery has been decriminalized by the Supreme Court in 2018 as the adultery law treated women as commodities owned by men. However, extramarital affairs continue to be a favourite theme in Bollywood movies. In this context, the Kartik Aaryan, Bhumi Pednekar and Ananya Pandey starrer upcoming film, directed by Mudassar Aziz, called Pati Patni Aur Woh, is not only outdated and repetitive, but is a black spot in the history of a nation moving towards gender justice.

The dialogue has been aptly called as a “dog whistle to incels.” Considering that movies mirror social realities, it will be unfortunate if a film which makes a joke out of marital rape resonates with people and goes on to perform well at the box office. A rapist is a rapist and anyone who puts even a slightest humourous touch to issues of gender based violence and sexism needs to be called out.

A non-consensual sexual relationship be it within the institution of marriage or outside it is a heinous crime and must be treated as such. In the age of the #MeToo movement and awareness of gender sensitive concepts such as consent, the film appears to be regressive, if the trailer is to be judged.

Considering that movies mirror social realities, it will be unfortunate if a film which makes a joke out of marital rape resonates with people and goes on to perform well at the box office.

Kartik Aaryan has had some questionable choice of films, at best and is a misogynist, at worst. He has previously acted in films like Pyaar Ka Punchnama 2,where he delivers sexist monologues. The long tirades have lines such as : “ladkiyaan hote hi kameeni hai” and “problem yeh hai ki woh ladki hai.” In another sexist monologue, Aaryan says that men are tired of being ATM machines, drivers, bodyguards and slaves to women; a rant that reinforces regressive gender stereotypes.

The fact that his films have been hits and has catered to the taste of the Indian masses reflects a sad and dark reality; the reality that India as a nation has not provided women with the equality, dignity and freedom which any human being has a right to. The positive part is that the trailer of Pati Patni Aur Woh has received widespread backlash and much deserved criticism on Twitter. Some examples of the flak it has got on Twitter are as follows:

“I don’t expect anything from a Kartik Aaryan movie but this is dismal,” one person wrote on Twitter, sharing the clip alongside her tweet. “Not to sound like token Twitter ranter but like…How is this a thing in 2019?? #PatiPatniAurWoh trailer is embarrassing. Bhumi is so much better than this,” wrote another person.

the positive part is that the trailer of Pati Patni Aur Woh has received widespread backlash and much deserved criticism on Twitter.

Apart from the joke on marital rape,the film seems to be problematic from the angle of gender on multiple other levels. The film is typical of the male gaze that objectifies women. It perpetuates the male desired hierarchy between wife and the ‘other woman.’ The ‘other woman’ is sexualised to be more attractive than the wife.

Also read: Laxmmi Bomb: When Bollywood Tries Too Hard (And Fails) To Be ‘Woke’

The last dialogue in the trailer normalises a contentious and conflict-ridden husband-wife relationship which transforms into mutual hatred; a hatred which makes the policeman want his wife to run away as well and finds it incredulous that the protagonist supposedly loves his wife. As the beginning of the trailer makes it clear, the film has nothing new to offer. The protagonist in the film follows a traditional conventional life trajectory. 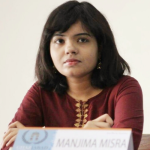 WandaVision: The Power Of Grief And Love