Rachana Mudraboyina, creator of TransVision, India’s first YouTube channel for transgender issues, is fighting to tell the stories that others do not want to.
By Media Action Against Rape Nov 25, 2019 5 min read

Editor’s Note: This article is a part of FII’s #GBVinMedia Campaign, which interrogates mainstream media’s reportage of gender-based violence from an intersectional feminist perspective. FII has created the #GBVinMedia toolkit as a guide for journalists and media professionals to report gender-based violence sensitively and ethically. If you wish to get in touch regarding this campaign, please email asmita@feminisminindia.com.

You see them begging at traffic lights, you see them singing outside homes when a baby is born, late at night you may see them soliciting by the side of the road. But there is a lot that remains invisible about India’s transgender community — according to one estimate, as many as four in 10 trans people suffer sexual abuse before they attain adulthood, and while violence against them is now acknowledged by the state, they have little in the way of legal recourse.

But over recent years, the community has been gaining a voice, and thanks to Hyderabad-based transgender activist Rachana Mudraboyina, an assertive digital presence too. The creator of India’s first transgender YouTube channel, TransVision, Rachana Mudraboyina is fighting to tell the stories that others do not want to. “When the marginalised have no voice against massive power structures, they are forced to come out with their own media to be heard. Because at the end of the day, we belong here too,” she says, her soft voice belying the steely look in her eyes.

Rachana Mudraboyina spoke to NewsTracker about the transgender community’s battle for a legitimate space in public life and how telling their stories means cutting through centuries of prejudice and bias. Excerpts from the conversation, which has been edited for length and clarity:

If we choose to use our bodies to beg and bless, we are revered and respected. But if we use our bodies for sex work, we are immediately abhorred. Either way, our bodies are subjected to violence. And either way, we are told that we deserve the violence, making it incredibly hard to report anything to the police.

When we are respected for the cultural position imposed on us, we cannot claim a human rights violation because, then, that power is taken away from us. The understanding is that since the community is revered, the individual in question must have done something wrong. Once you claim you’ve been violated, you lose out on your cultural position, and on top of that you are punished. In order to protect that position, you have to keep shut. In the second case, when you choose to use your body for sex work, your body is already considered ‘sinful’. There is no space to claim violation against your body there because it is seen as your fault to begin with. Both ways, it becomes incredibly hard for us to register complaints.

Also, sex work is not considered work. Why is it that we are not allowed to use our bodies for economic reasons? Men do it all the time in the name of labour. I think that women (and us) using our bodies for work threatens the social structures of patriarchy. They are afraid we’ll gain economic freedom.

Once you claim you’ve been violated, you lose out on your cultural position, and on top of that you are punished. In order to protect that position, you have to keep shut.

Of course, everything is tricky when it comes to sex work. I personally chose to be a sex worker, but I understand that there are thin lines between choice, compulsion, and making peace with the compulsion to turn it into a choice. I believe that choosing sex work is subversive in a lot of ways, but the trade off is that you forgo whatever little rights you had.

Crime and violence forced us to collectivise. A few of us (sex workers) came together and initiated a collective. When we started, violence was still rampant. People threw acid at us, hit us with beer bottles, and even murdered one of us. The threat that our community faced was immense. So in a way, we had no option but to stick close to each other. Slowly, the collective gave us strength. It began speaking on behalf of us. We started being recognised internationally. We were able to stand up to the state. The media started thinking twice before writing against us and acknowledging our rights.

Before this, the media didn’t invest much in us. The stories carried out on transgender people were either under-reported or wrongly reported, and the community was always negatively portrayed. You would have stories put together from unrelated videos, with news about us spreading diseases or being violent for no reason. Most media houses are owned by particular communities, making it much easier for them to be irresponsible in such ways. Most of them never consult us before publishing a story about us. To add to that, this has never been challenged legally.

The stories carried out on transgender people were either under-reported or wrongly reported, and the community was always negatively portrayed.

When it comes to being sensitive and accepting towards the trans community, there is no difference between the educated and uneducated. Even if you are educated, you need to learn to be sensitive.

We recognised that the media lacked a basic understanding of our community, thus propagating transphobia, discrimination and negativity. Now, we’re working with some of the media to break stereotypes about trans people. There are special reports and some stories that are carried out carefully because journalists consult us. We need more journalists to be trained to cover gender-based stories. They need a more nuanced understanding and to treat these matters with care, rather than merely reporting. The vocabulary matters too.

To that end, you could say we have taken matters into our own hands by starting India’s first transgender YouTube channel, TransVision. Our aim is to provide people with a basic knowledge of transgender people. It is very important that people hear it from us directly. We will not only represent our community, but also do it correctly.

A crime series will be coming up on TransVision. It will report violence against the community. These issues have never been narrated from a trans perspective. Everything is always about men, and even feminist movements focus just on women. What about all the other people who don’t fit into any of these categories? Where do their stories go?

TransVision is one such effort to capture these narratives. In a later stage of our project, we will start archiving transgender stories from all across the country, under the name Indian Trans Archives. We are also aware of the fact that we will never be able to compete with the mainstream media but we have to do our bit.

This article was first published by NewsTracker, part of the Media Action Against Rape project. 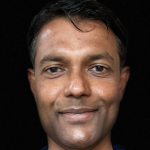 Media Action Against Rape is a research and capacity building project led by Bournemouth University, UK, and UNESCO, New Delhi. A 20-month academic study, it seeks to offer news media solutions to combat rape culture. MAAR runs NewsTracker, a web site that scrutinises the representation of sexual violence in the Indian news media.

The Crumbling Healthcare Infrastructure And Access To Abortion In India

To Wage Or Not To Wage: On Supreme Court’s Decision To Fix A Notional Pay For Homemakers