IntersectionalityLGBTQIA+ 14 Queer Moments That Made 2019 Memorable

2019 witnessed both highs and lows for the queer community. Despite increasing representation and public visibility for LGBTQIA+ people, the draconian Trans Bill was passed that seriously impacts the lives of transgender people in India.
By Astha Dec 25, 2019 8 min read

In 2019, many members of the queer community have found their space, publicly spoken about their identities and lives and come together to protest against the draconian Transgender Bill. Let’s look at some of those moments that made 2019 memorable for the queer community.

Shree Gauri Sawant became the first transgender person to be a election ambassador appointed by the Maharashtra government, in the 2019 Lok Sabha polls. She got her voter identity card in 2014 and has also taken the responsibility of getting more people from the transgender community to get enrolled in the electoral roll. Gauri shot to fame after starring in the Vicks advertisement, and she is also the director of the NGO Sakshi Char Chowghi that helps transgender people with HIV/AIDS. She is now bringing up her daughter whom she adopted at the age of 4.

2. A trans woman and a cis man got married in Tamil Nadu despite pushback!

P Sreeja and B Arun Kumar got their marriage registered by Madras High Court after a year-long struggle to get their marriage officially recognised, due to the marriage being between a transgender woman and a cisgender man. In October 2018, the couple were denied permission to get married by the temple management, and only managed to tie the knot when a friend of theirs, also a transgender woman as well as a priest, officiated the wedding instead of the usual temple priest. Months after the temple wedding, the couple still weren’t able to get their marriage registered as the registrar refused. So they took their battle to the Madras High Court, which stood up for their rights! Quoting the 2014 NALSA judgment that trans people have the right to self-determination of their gender, the Madras High Court ruled that their marriage be registered under the Hindu Marriage Act.

3. Dutee Chand opened up about being in a same-sex relationship

Dutee Chand became India’s first athlete who openly talked about her same-sex relationship. The first Indian woman to qualify for the 100 meter-sprint at the Olympics, she came out about her relationship after being blackmailed by her sister about it. “Everyone is not born the same. No one can live without love,” she said. Chand spoke about the humiliation and threats that she faced in her hometown of Chaka Gopalpur, Odisha, due to her sexuality, and why she felt it was important to speak out about it.

Delhi celebrated its first queer literature festival – the Rainbow Lit Fest – on the 6th and 7th of December, 2019. The fest was illuminated by people from the queer community and allies who came together to mark queer literature and culture in the capital. Colourful flags sparked the decorations of the event. This event saw talks and discussions by writers, artists, filmmakers, performers, drag queens and queer activists such as Anjali Gopalan, Devdutt Pattanaik, Tanuja Chandra, Nandita Das, Shubha Mudgal, Onir and Urvashi Butalia, among others.

“The idea was to express the diversity and culture of the LGBTQ community in India which has only recently started coming to mainstream limelight,” said the festival director and author Sharif D Rangnekar.

5. The US Embassy in India went rainbow to celebrate Pride!

In an effort to mark solidarity with the queer community, the US embassy in India was lit up in rainbow colours in June – globally celebrated as Pride month. The move was a direct act of defiance to the Trump administration, which had asked embassies to not to put out rainbow flags during Pride Month on a ‘public-facing flagpole’. Circumventing the order, the US embassy chose to light up the entire building in rainbow colours instead.

Bollywood has never been very forthcoming with sensitive depictions of the LGBTQ+ community. However, this year, Ek Ladki Ko Dekha Toh Aisa Laga broke the stereotypes of heteronormative love and established that “love is love, despite one’s gender”, and spotlights a love story between two women. While most films that do depict LGBTQ+ relationships sensitively are independent movies with smaller actors, this move had a star-studded cast, including Sonam Kapoor, Anil Kapoor, Rajkumar Rao and Regina Cassandra, which created a much bigger impact in the acceptance of LGBTQ+ people. The movie was directed by Shelly Chopra Dhar, inspired by the 1919 novel A Damsel in Distress by P. G. Wodehouse.

7. Amazon web-series ‘Made in Heaven‘ depicted a gay protagonist

Made in Heaven, an Amazon Prime webseries featuring two young wedding planners struggling to run their business, became overwhelmingly popular this year upon its launch. Apart from the quintessential narration, the show had a gay protagonist, which set it apart. The series depicted the vulnerabilities of being a gay man in India, including bold portrayals of sex and the stigma and discrimination that can come from it. The series is contextualised in the fight for the scrapping of Section 377. This might not be the first path-breaking series to hold a poignant queer character but surely an important one. This series won a special award for Inclusivity and Diversity at the Critics Choice Shorts and Series Awards. Directed by Zoya Akhtar, the art of storytelling was well carried out by Vivek Anchalia.

Vividh, a job fair that was organised for diversity and inclusion, was held at Nehru Centre, Worli hosted by queer activists at ‘6 Degrees’ – an LGBTQ+ growth network. The key recruiters were who led the fair were Godrej, Ernst and Young, Dr. Reddy’s, IBM and Standard Chartered as well as startup companies. This fair highlighted the active efforts required to ensure that workspaces are not alienating and non-inclusive for queer persons. The hope was that corporates and companies would recognise the actual rights of queer persons by including them in hiring processes, instead of paying lip service with tokenistic rainbow coloured ads during Pride Month alone. Not restricted to the hiring of LGBTQ+ people, this fair was also open to acid attack victims and persons with disabilities to participate.

While people over the country celebrated the one-year anniversary of scrapping of Section 377, Sahodari Foundation led by transgender rights activist Kalki Subramaniam, organised a Pride parade to celebrate the queer community in Coimbatore. As a part of this Pride, over 70 people walked together to spread awareness and Pride across the city of Coimbatore for the first time in over a decade! The Pride March was a part of a larger Coimbatore Rainbow Pride Festival, which included film screenings, discussions on queer rights, art shows and workshops, and poetry readings spread across various venues in the city, which was open for anyone interested. Kalki recalled her first attempt at organising a Pride march in Coimbatore in 2009. “There were only five people!”

Heidi Saadiya became one of the first trans women to be a part of Kerala’s mass communications industry. As a part of her first assignment, she read out the historic achievement of ISRO’s moon lander Vikram on Kairali TV, a Malayalam news channel. Saadiya had first worked at Kairali TV as an intern, after which she was hired as a trainee by the company.

At present she and her partner Atharv have decided to get married. Saadiya’s biological parents rejected her when she came out to them about her identity. However, they continue to remain updated about her present life. “My mother wanted me to be a journalist. That is one of the reasons I chose this profession. They might be happy seeing me on television. I want to fight for the rights of the LGBTQ+ community through journalism,” she said.

11. Section 377 lawyers Menaka Guruswamy and Arundhati Katju came out as a couple

Two of the lawyers who fought against the regressive Section 377 came out as a couple after its abolishment! They admitted that it was “not nice to be declared as criminal”. This landmark judgment, overturning a 157-year-old law, was the outcome of a long-term campaign, in which this power couple, Arundhati Katju and Menaka Guruswamy, played a role as lawyers and public interest litigators. Arundhati and Menaka became inspirations for the Indian LGBTQ+ community, and featured in the 2019 TIME Magazine’s List of 100 Most Influential People.

12. The first trans person was awarded a Padma Shri!

Narthaki Natraj became the first person from the transgender community to be awarded the Padma Shri – the third-highest civilian award – for Bharatnatyam. The 54-year old is an inspiration for others from the marginalized community.

Narthaki was inspired by Vyjayanthimala Bali and the dance form of Bharatnatyam since the age of seven. However, she was subject to social ridicule for her identity, and was even rejected by her parents in pursuing her dance career. However, the Madurai-based dancer eventually trained under KP Kittappa Pillai – the guru of her idol, Vyjayanthimala herself. She was trained in the Tanjore-based Nayaki Bhava tradition that explores the nuances of femininity in the Indian epic poems and Sangam literature.

13. People in different cities protested against the regressive Transgender Bill

As a part of this year’s Pride Parades, many cities chose to use the event to oppose the Transgender Persons (Protection of Rights) Bill, 2019. Several rallies, meetings and public discussions were held over the year to protest this Bill that strips transgender people of their right to self-determination, among other injustices. However, despite vociferous protests, the problematic Bill was turned into an Act after it was passed in the Rajya Sabha on November 26th.

Tata Steel put out a new HR policy that recognised the spectrum of gender and sexuality identities. As a part of the policy, employees will be able to declare their partners, even if non-heterosexual, and avail of the benefits of the same such as health and childcare benefits for both partners. “Partners mean people of same-sex living like a married couple,” said the company in a statement. The new policy also grants employees financial assistance for gender reassignment surgery and 30 days special leave for the same.

“I was introduced to the Diversity & Inclusion (D&I) team to help with the change. They conducted several rounds of orientations with my immediate supervisor, managers and the rest of the team to help them acknowledge and accept the changes in my appearance and attire,” says Thanishka, a transgender woman employee at Tata Steel.

Altogether, 2019 witnessed both highs and lows for the queer community. Despite increasing representation and public visibility for LGBTQIA+ people, the draconian Trans Bill was passed that seriously impacts the lives of transgender people in India. The fight shall continue in 2020 to repeal or amend this Bill, and we must all lend our voices to the movement.

This is by no means an exhaustive or representative list. Suggestions to add to the list are welcome in the comments section. 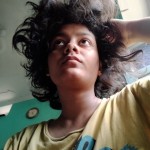