HealthBody Image Blue Is The Warmest Colour: Abdellatif’s Male Gaze And His Treatment Of Love

A scene in Blue Is The Warmest Colour where a man probes Adelé about her sexual dynamic with Emma and it makes her visibly uncomfortable is a deliberate attempt to portray how lesbians are a subject of male fascination and curiosity that can often manifest in form of prodding inquisitiveness.
By Sonia Singh Jul 20, 2020 5 min read

“Men act and women appear. Men look at women. Women watch themselves being looked at.”

This oft-quoted line of John Berger from his book “Ways of Seeing” states the crux of the idea of “male gaze”. The male gaze basically scrutinises how women are looked at, in an artistic space created by a man. The male gaze often objectifies the female entity where they are sometimes unnecessarily sexualised or incorrectly depicted or simply relegated to the margins.

But the male gaze in some films may not be outrightly predatory and offensive. Its presence is difficult to pick on but you just have the sense of it at the back of your head. “Blue is the Warmest Colour” is one such film.

I had been meaning to watch “Blue is the Warmest Colour” for the longest time. The trailer and the few shorts clips of the film that did rounds on social media since its early days of release appealed to me in every way. As I finally got around to watch the film, it still very much appealed to me but with the only difference – I had to Google its director and infer what I’d already guessed. The film was made by a man and thereafter, you cannot unsee the “male gaze” that guides you through the entire length of the film.

From an artistic point of view, the cinematography of ‘Blue is the Warmest Colour’ is visually pleasing, with warm-colored tones, overwhelming close-up shots, and has long sequences of its characters going about their ways in their personal space. The close-up shots are successful and even a necessary attempt at engaging us with the characters on an intimate level- to empathize with their breakdowns, their burst of happiness, pleasure, and joy. The indulgent camerawork of ‘Blue is the Warmest Colour’ sure does bring a sense of privy into the girl’s life in all its unguarded glory, but when you shoot the same girl from behind as she lies on her chest writing a journal, her back accentuating from inside her track pants, or when she is shown asleep with her mouth slight apart, you become wary of whether this privy crosses the precarious threshold into voyeurism.

The male gaze here as I said is not overwhelming or outrightly predatory, but it is there, in varying degrees of intrusion. It is out and out aestheticised, which makes it difficult to question ‘Blue is the Warmest Colour’s problematics.

The detection gets easier when you use another film dealing with the same theme as a point of reference. When I watched Celine Sciamma’s Portrait of a Lady on Fire, the film came around like a warm hug reassuring me that women can be shown in their real, unguarded state without their underarms being shaven, bleached and that the side hugs can take time to ease in. Celine brought in a sense of relatability for every woman watching the film, no matter what their sexuality. When her women made love to each other, there was a soft, tender edge to it and the dynamic not necessarily sexualised.

In Abdellatif Kechiche’s Blue Is The Warmest Colour when women made love, it was intense but never awkward. It was polished, and neat but never messy, their skin shone, their underarms bleached, the genitals visible during the act but not the fluids or hair. It looked straight out of a man’s fantasy, only a lot more aesthetically pleasing and fit for a successful indie film.

Abdellatif, in a scene, verbally asserts his male perspective on lesbian dynamics through a male artist in Blue Is The Warmest Colour. He speaks on how the male kin has often been drawn to replicate the image of two women in bed, that the depiction of women is a result of men’s pleasure-seeking, a subject that women themselves do not handle often.

“Ever since women have been shown in paintings, their ecstasy is shown more than men’s, who is shown via woman(…)Art by women never tackles female pleasure.”

It leads you to wonder if it is the director’s cautionary of how when he handles a subject that is alien to his gender might have inaccuracies in its depiction. Or maybe shrugging away to account for how women have often been steered away from the path of taking her own sexuality too seriously, leave alone manifest it into an art form.

There is a scene in Blue Is The Warmest Colour where a man probes Adelé about her sexual dynamic with Emma and it makes her visibly uncomfortable. This is a deliberate attempt to portray how lesbians are a subject of male fascination and curiosity that can often manifest in form of prodding inquisitiveness.

Abdellatif is tender and at his best when he handles the themes of love and heartbreak. He humanises his characters, making them prone to sexual confusion, emotional vulnerability, and a sense of inadequacy. Adelé in Blue Is The Warmest Colour has a hard time mixing with Emma’s artsy friends, them talking about Schiele and Klimt. Emma urges Adelé to become more “fulfilled” by venturing outside her pedagogical terrains as a school teacher. There are long sequences of both women in their solitude going about their business which at the outset may seem irrelevant but they inadvertently familiarise us with their whims and fancies and ultimately make sense of why Blue Is The Warmest Colour ends the way it does.

The lack of relatability rooting from the vein of feminist criticism doesn’t take away much from the cinematic value of what Abdellatif incorporated. It is there – the emotions laid bare, the vulnerabilities of falling in love, and sometimes out of it, the crisis of not identifying with your sexuality, the ostracisation faced when you finally come around to identify it, troubling adolescence, and growing out of it.

It was difficult for me to realize that I’d not been wholly consumed by Blue Is The Warmest Colour because I’d hoped it would.

At the same time, Blue Is The Warmest Colour did drown in my senses. It had overwhelming cinematography, sequences that would stay etched in my mind for years to come. But it is my responsibility to still enjoy the film and not look past the feminist shortcomings it bore. 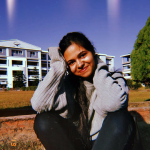