Mohiniyattam dancer Dr RLV Ramakrishnan's attempt to die by suicide poses a larger question: Is it even possible for a lower caste person to be accommodated within what has been termed as ‘high tradition’ in classical art forms?
By Malavika Binny Oct 16, 2020 7 min read

On October 5, renowned Mohiniyattam exponent Dr RLV Ramakrishnan, one of the few male danseurs of the medieval temple artform of Kerala, attempted to die by suicide after being denied a chance to perform in the online dance festival of the Kerala State Sangeeta-Nataka Akademi.

The renowned Mohiniyattam dancer was reportedly found unconscious in Thrissur after having overdosed on sleeping pills. According to a report by The Logical Indian, in a handwritten letter, he blamed the Akademi’s chairperson and the secretary for not allowing him to participate in the virtual performance. He wished for a space “devoid of caste discrimination”. RLV Ramakrishnan believes this treatment was meted out to him on account of him belonging to a lower caste and being a male dancer of an artform which has been pre-dominantly female-dominated.

Also read: Adivasi Dance Forms Where ‘Walking Is Dancing And Talking Is Singing’

A PhD holder in Mohiniyattam who has been teaching the dance form for 12 years, RLV Ramakrishnan has claimed that it is indeed a clear case of caste-based injustice while also pointing out the issue of gender-discrimination by the state agency’s authorities. The issue is now mired in a web of allegations and counter-allegations with the chairperson of the Sangeeta Nataka Academy and acclaimed actor KPAC Lalita also getting embroiled in the issue.

The larger question that we need to ask is indeed of the issue of caste and art, particularly that of performing arts that were temple-centric in the past. Is it even possible for a lower caste person to be accommodated and given space within the folds of what has been termed as ‘high tradition’? Temple-centric artforms whether it is Carnatic music, kathakali or koodiyattom have been the preserve of elite and higher castes from the medieval period to the present; its consumption has been used as a mark of sophisticated taste, of being art-connoisseurs and as a symbol of status distinction – a signifier of higher culture.

The question of the lower-caste persons performing temple-centric Brahmanic artforms of the ‘greater tradition’ in the contemporary period is indeed one that has to be problematised beyond the questions of access and representation. Indeed, representation is crucial, but along with the questions of representation, one has to also deeply interrogate the caste-spaces and caste discourses that the artforms are embedded in and whether we can wean away caste from the equation at all.

TM Krishna have been recently making critical interventions into the issues of caste and gender in the domain of Carnatic music, questioning the deep structures of Brahmanism within the established Carnatic academy. Also equally significant has been the arguments made by Nrithya Pillai, a dancer from the Isai Vellalar community originally associated with the Devadasi women who have pointed out how women from the lower-caste shudra community were systematically ousted from the dance form of Bharata-natyam so that the art could gain greater respectability and become an exclusive domain for upper caste danseuses.

The larger project at work initiated by those such as Rukmini Arundale with the establishment of Kalakshetra in 1936  was indeed the integration of the Bharatanatyam to a more Sanskritic and Brahmanised format aligning it to Bharatamuni’s Natyashastra tradition rather than the folk regional traditions that the artform was originally attached to.

For instance, Nrithya Pillai talks about the Vazhuvoor tradition of Bharatanatyam which has been more or less lost now because of the neglect and non-entry of women from the Isai-Vellavar community for about five generations to it now owing to the stigma of both caste and caste-based morality.

The question thus remains – what is being preserved as legacy? Will art achieve respectability in India only if legitimised by the sanction and blessings of the Brahmanical patriarchal order of the Carnatic akademi and holy natya – sabhais and the rules they have framed?

The gendered-caste body of the performer of temple-centric artforms (of course with the exception of some ritual artforms like Theyyam and Mudiyettu) has already been problematised in the field of academics but in the popular renditions of the artforms across assembly halls, temple festivals and elite gatherings of art enthusiasts, the denial of the existence of caste-privileges in terms of even gaining access to these stages is a conspicuous reality.

Powerful lobbies and networks bolstered by the almighty guru-shishya lineages and gharanas all marked by multiple invisible checks and balances of power prevent and preclude people from lower caste backgrounds from gaining entry into the performative spaces much less get invitations for special events. A case in point is of Kali Veerapathiran, a Dalit Bharatanatyam dancer who won the Music Academy’s Spirit of Youth award organised by Kalashetra and has not been getting any other opportunities ever since, with Kali clearly stating that it is a case of the lower-class, lower-caste person not being accepted by the larger community.

The logic that is presented by the ‘art loving crowds’ is that the lower-caste, lower-class artists work for art merely as a means of bread and butter and not as a pursuit of excellence, passion or devotion which is the sole forte of the upper-caste performer who does not have to worry about daily struggles and can devote their lives to higher pursuits.

The same ridiculous ‘logic’ must have been at work in the case of RLV Ramakrishnan who was made to feel humiliated by the Secretary of Sangeet-Natak Akademi. Also, to be noted is that RLV Ramakrishnan hails from the Paraya caste, a caste which has been associated with music and art from the ancient Sangam period itself. This caste community members are mostly the drummers associated with the paraya drum or paraya chenda in local festivals and on marriage and funeral occasions.

The move from the traditional caste position of being lower caste, landless artisans as well as performers to someone who has mastered an ‘elite artform’ of Mohiniyattam is what makes RLV Ramakrishnan unique.

Dr RLV Ramakrishnan should have been acknowledged and appreciated for entering into a domain not explored even by many male dancers as Mohiniyattam is understood to be characterised more by lasya – a  feminine performative trait than thandava which is traditionally performed by men. One of the reasons cited by the Sangeet Natak Akademi for denying RLV Ramakrishnan a slot was that he was a man and that they wanted female Mohiniyattam dancers to perform instead.

This is even more troubling from a gender standpoint as it shows a clear lack of understanding of dance traditions and of gender from the side of the Akademi. For decades, women dancers have been struggling to be included as full-fledged artistes in the male-exclusive dance-forms such as Kathakali and it is only now that have a substantial number of female Kathakali artistes of international acclaim from the state of Kerala now.

Why cannot we have a gender-inversal with men entering the field of  Mohiniyattam or will we stick forever to our hypermasculine understanding of men not possessing any soft characteristics and forever being hyper toxic masculine even in the field of performing arts? On the other hand, Dr RLV Ramakrishnan’s own doctoral thesis has evidence of male Mohiniyattam gurus teaching women the artform from the late medieval period. He mentions several names such as that of Ayyappa Panikker, Krishna Panikker Asan and Palakkad Paramesvara Bhagavathar from Travancore records to substantiate his argument that men have been dance masters and teachers of women who performed Mohiniyattam in the colonial period as well, a tradition which the Akademi unfortunately has no awareness of.

RLV Ramakrishnan also argues that Mohini itself is an avatar of Vishnu, a male deity, so even if we are taking into consideration the mythology of the artform, the male embodying the female is more than justified.

Back to the question of the Dalit performer of a traditionally upper-caste artform, there are multiple layers of inequity at work ranging from issues of lack of cultural capital and of networks to find work and space for critical acclaim to the issue of colour and language. Doubling this up with the cultural conditioning that the so-called art lover has been under for centuries makes it literally impossible for the lower-caste performer no matter how good she or he is to reach that idealised epitome of sublimity that is so often associated with art.

To use a rather crude but a very easily understood example would be the literal caking of the Bharatanatyam dancer’s face and body with a fair foundation make-up making him or her look several tones lighter than he or she is. I am yet to see a dancer, even at one of our college youth festivals where a classical performer sports his or her natural colour.

Another pertinent issue which must be raised against this background is – what is the whole point of having so called secular state-sponsored institutions like Sangeeta Nataka Akademi, Lalitha Kala Akademi or deemed-to-be universities like Kalamandalam if caste and tradition is going to rule the roost for times to come?

Further, the state agencies are supposed to be spaces of secularism and democracy where art traditions are preserved for posterit. There has been little effort from the side of any of the Akademis to innovate or reinvigorate the artforms they deal with other than occasionally organising events and giving out awards.

This brings us to the question of what the endowments and recognition are for in the first place – to give even further acclaim to those who are already privileged? Are not the concerns of social justice important in the field of art particularly when the whole idea of democratisation is the premise of state promoting the ‘secularisation’ of art? What steps are the state taking to safeguard the interests of Dalit and Bahujan performers who have forayed into the field of classical artforms from their traditional occupations? Would they only be considered as secondary citizens to be relegated only as tokens and never to be given their dues in the field of art even after proving their calibre over and over again? 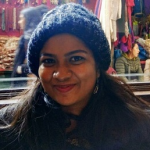