For students like Jaspreet Kaur, whose world has mostly revolved around farms, adjusting to Connaught Place fads that come with joining the University can be a strenuous effort.
By Riya Gangwal Oct 23, 2020 4 min read

Jaspreet Kaur – the daughter of a Dalit barber in Punjab’s Mansa village – hit the headlines for scoring 99.5 percent marks in Punjab State Education Board Class XII-Examinations 2019-20. She plans to enroll as one of the students at Delhi University for higher education after having battled gender disparity, class inhibitions and caste prejudices, which have historically worked to deprive her of even tuitions despite academic genius, and constantly ascribed this merit to mere luck.

Reportedly, she had never even heard of Miranda House, one of the colleges she was applying at.

Doing rounds of college campuses in DU, you’re soon drowning in a whirlwind of competence and a looming sense of ‘what have you done in your life’. Life on campus is marked by a cascade of opportunities, which is enticing and intimidating at the same time; conversations among students here range from internships at UNICEF to reviews of a latest series on Netflix (student politics kept aside). If this soup is not enough, unceasing YouTube videos on ‘Life at DU’ will show you the face and the voice of the space. The heavy elite accent rings across all lanes of DU.

Beneath this concoction of ‘multi-task, look-smart, do-more, hang-out’, there exist countless folios as testimony of intersectionality. These are the thickly layered identities that always remain hidden in the sides, because they do not fit the privilege paradigm of this paradise. These could be individuals heavily surrounded and reminded of their contexts of caste, class, gender, region and language, for whom Hauz Khas clubs maybe a distant culture and Netflix still a luxury.

These students form the backend of University spaces, monopolised by the relatively privileged, and they reproduce their differences in the course of self-assertion and participation in college events. The structures preserving such differences are much beyond the purview of universities. And yet, they must do what they can and should, for deconstructing such intellectual monopoly, to materialise their existence beyond its physical sense.

A professor’s supposition of every student operating on a laptop in online classes, even DU’s decision to hold Open Book Examinations online, or simply my first English lecture’s theme being solo-female-travelling experiences, or a teacher randomly discussing favourite hang-out spots of college students, are all reflections of assumptions driven by privilege. Worse still, they are perpetuated unawares!

Routine conversations among students about the best shopping hubs in the city, best chicken-biryani serving restaurants, the latest model of iPhone or cutest products at Miniso, the concert of a famous musical band or a live comedy show, and other topics these discussions spiral into, can essentially alienate individuals from student circles and push them to the margins. The relevance quotient of such conversations can be extremely low for many people, at times simply because of class and cultural differences as well.

While it’s okay to talk about all of these things, it’s important to be cognisant of the diversity surrounding us. The atmosphere around an individual determines the self-worth gradient they attach to themselves. Further, it also decides their willingness and ability to access the ‘exposure’ that these educational spaces take pride in.

For instance, students with a non-Hindi, Dalit, poor, rural background, would be least likely to even audition for cultural societies’ recruitments or sit for placements with sufficient confidence! That’s where self-worth becomes functional. Researchers have shown direct linkages between personality types and performance levels. For those students who have a history of resource discrimination, financial strain, informational and technological gaps or cultural and/or linguistic differences (stark as they are in India), even expressing their opinion can be a long process of becoming familiar and comfortable in certain surroundings. For those students who run the burden of financially supporting their families, pursuing a dream also becomes a privilege. When someone’s world has mostly revolved around farms, adjusting to Connaught Place fads can be a strenuous effort.

Also read: Navigating Spaces Of Sports As A Woman In College Campuses

The anecdotes of such complexity of identity and diversity are too varied to be imagined. Perhaps that’s the reason that most individuals and institutions belonging to this space are unable to grasp its gravity. While the students cannot shun every conversation reflective of a privileged life, they must be accommodative of diversity, and refrain from imposing their assumptions on others. Institutions must also create a culture of inclusivity in their systems, events and even classrooms by consciously freeing themselves of all judgments and inherent ignorance of diversity and difficulty.

My friend once asked me why most societies in colleges have kids from affluent families becoming the Society Heads, and the perceptible reason is that key factors like active engagement in society activities, effective communication and even a popular social-media presence can be a function of historical background and consequent self-worth. The red brick walls of DU wait to be adorned with the marvels of Jaspreet’s achievements. Her willing access to pluck those stars for herself is what must be ensured. 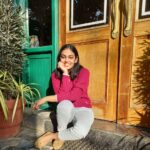 The Double Standards & Unfair Treatment Meted Out To Female Politicians

The Tsunduru Massacre Of Dalits Of 1991 | #DalitHistoryMonth

Is Childbirth The Only Prerequisite?: On The Maternity Benefit (Amendment) Bill 2016