HealthSexual Health Video: What Is Vaginismus?

Video: What Is Vaginismus?

In this video, Nishtha walks us through the various symptoms of vaginismus, and the impact it can have on our life!
By Nishtha Shanti Nov 24, 2020 < 1 min

If you’ve ever had to google why you’re tighter than usual, or why inserting your tampon feels like it’s hitting a wall – chances are you could be suffering from Vaginismus. Even though vaginismus is rarely considered a serious condition, it still haunts the healthy lifestyle of a person especially a woman.

In this video, Nishtha walks us through the various symptoms of vaginismus, and the impact it can have on our life!

Also read: “The Sex Which Is Not One”: Vaginismus And The Construction Of Female Sexuality 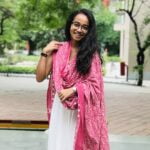