SocietyCampus My Biased Understanding Of Human Intelligence — Who’s The Most Genius Of All?

Assuming that everyone we engage with has intelligence helps us hold sustained discussions— be it with our peers, parents or other loved ones— even if we may be staunchly opposed to their ideologies.
By Dipshikha Sinha Dec 22, 2020 4 min read

Of my 23 years of existence, 20 of them have been spent being a student. Since the murky world of employment discounts this experience, I’m here, trying to make the most of my learnings and unlearnings from my erstwhile job as a student. Self-deprecating humour aside, this by-no-means-trivial experience of mine— spanning three cities in India, two degrees in Humanities, and one school education in orthodoxy— has provided profound insight into the way I perceive regular social interaction.

A major shift in my perspective occurred when I began realising how everyone around me was naturally intelligent. This was immediately followed by a feeling of wonder at my observation. My general reaction to most people around me being deft critical thinkers and skilled problem solvers was always amazement.

As I thought more about my inexplicable knee-jerk response to a common occurrence in my regular spaces of study, it dawned on me that it actually stemmed from a bias— an assumption, to be precise— one that I espoused unconsciously. I believed that intelligence is exclusive, that not everyone is supposed to be intelligent. I had been under the impression that only few individuals are blessed with the attribute of intelligence.

With time, I delved further into the why of this assumption: why, for the last 5 odd years, had my surroundings and lived reality constantly been in conflict with my assumptions around intelligence? And that’s where my diverse areas of study (both spatially and academically) came into picture.

You see, in my 14 years of school life, intelligence was distinctly defined and graded. For anyone familiar with mainstream education in schools of India, this truism should come as no surprise. As a result, for 14 years (including my formative ones), I was what I scored and that was resolutely “average”. In contrast to the generous bestowal of this label of mediocrity, “intelligence” was quite exclusive and much coveted. No more than three-four students per section were awarded the prestigious tag: the toppers and the high scorers. Thus, the general understanding was that the more one’s marks inched closer to 100, the smarter they were and more intelligence they possessed.

Fast forward to starting as a freshman studying English Honours in a different city, miles away from my comfort zone, and imagine my surprise when subjectivity reared its sublime head. Suddenly, my thoughts mattered more than my pathetic ability to learn by rote; no one cared about the ghosts of my marks past and the set standards of measuring intelligence now broke.

For the next five years, I marvelled as my classrooms transformed into spaces of intense discussions where ideas were shared, perspectives altered, and advocating ideologically sound opinions encouraged. Imagine my shock when I was allowed to become an amalgamation of my thoughts, emotions, and experiences, rather than my scores. Imagine my disbelief when my answers ceased to be relegated to the parentheses strewn over the paragraphs of my textbooks. Imagine my bewilderment when this slippery attribute of intelligence was suddenly being attached to a ‘mediocre’ me, and I, in turn, was able to attribute it to anyone I could hold a conversation with or simply heard speak in class!

With this elaborate backstory of my Eureka moment— process, to be precise— all I want to emphasise is this: because of my conditioning in a rigid school structure, I had, for the better part of my life, promptly dismissed the fact that humans naturally possess intelligence! All of us do. It’s a fact. We may use our intelligence in different ways. Some of us are intellectual, some of us have an impeccable memory, some of us are strategic, while some of us are wildly creative. But the fact remains that intelligence is an indelible part of the human condition.

I was able to unlearn to this extent because of the privilege that comes with holistic, higher education, and with having the means of studying liberal arts combined with voluntarily migrating to different cities to engage with different cultures of education. As a result of my privilege, therefore, I have gained insight that perhaps remains beyond the reach of many.

Also read: How The Gendering Of Toys Hamper Skill Development In Children

Almost two decades since my apparent “mediocrity”, today when I speak to another person assuming that they are naturally intelligent, it only helps me be more open-minded. To be aware of their natural intelligence reminds me to do a double take and keep my own biases in check first. Assuming that everyone I engage with has intelligence reminds me to hold sustained discussions— be it with my peers, my parents, or my students— even if I may be staunchly opposed to their ideologies. It redirects my focus on how ideology works rather than reducing the other person to a statement and thinking the worst about them. This approach has contributed to my attempt at being a more balanced individual and now, the only feeling of amazement I have is over how my socio-cultural setting conditioned me to overlook a basic, human fact for all these years.

Tagged Under: intelligenceprivilege in India 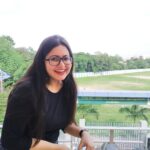