Ismat Chughtai's observational writing and essays act as a window to see the social and political bearings of being an unapologetic and independent woman during her time.
By Khushi Bajaj Dec 25, 2020 5 min read

Ismat Chughtai’s non-fiction work, much like her fictional short stories, stands apart from the work of her contemporaries due to the unapologetic exploration of the feminine experience of discrimination, agency, social norms, politics, and desire which was previously not something that Urdu literature had experienced. Historically, much like the literature of most other Indian languages, the world of Urdu short stories, poetry, and essays has been dominated by the male gaze.

While she addresses issues like homosexuality, feminine desire, dowry, class divisions, and access to education in her short stories, concerns that fall under the feminist umbrella, her characters cannot turn around and tell us how they feel about what they experienced and how it impacted them years later. Ismat Chughtai can, and that is exactly what she sets out to do every time she writes about why she is who she is, and in the process, she ends up highlighting the importance of the feminine perspective in literature.

Also read: 5 Urdu Stories That Explore The Plight Of Women In Marriages

On The Importance Of Agency

When Ismat Chughtai writes of her childhood, “Shall I tell everyone that I thank God for sheer survival? That I’m glad childhood was temporary, and that it’s over and done with?”(1), the general expectation is that Ismat Chughtai must have dark instances to recount: after all, the language that she chooses to write in is Urdu, which has historically been a tongue of romanticisation, and the subject of childhood itself is one that is usually treated with nostalgia and fondness.

What then, the reader wonders, was so terrible that it can’t be romanticised? But Ismat Chughtai’s point is not about what used to happen when she was a child, it is about who would get to decide it. The reason why Ismat Chughtai does not look at her earlier years with happiness is because she did not feel a sense of agency while the adults around her took decisions for her: even if they were seemingly simple decisions like the instruction that she must bathe everyday. Ismat Chughtai explains, “And now…By God’s grace, everything has changed. I am my own boss-free and independent. I drink tea lying in bed, then I get up to take breakfast.”(1) This fierce love for agency and independence is not even something that adult women are supposed to possess even today, but for Ismat Chughtai, it has been central to her idea of self even as a child.

On The Theme Of Independence

The theme of independence in Ismat Chughtai’s work cannot be separated from the politics of the time that she was writing in. While political activists and agents that were at the forefront of the Indian freedom struggle focus on India’s identity as separate from Britain in their work, she focuses on the way freedom is defined within India. Ismat Chughtai’s work is therefore regularly interpreted as having Marxist undertones with a feminine perspective because it is through her experience of men being freer than women and the rich being freer than the poor even under the British Raj that she envisions not just a transfer of power when she talks about independence, but a restructuring of it: a political stance that the current wave of intersectional feminism takes.

Ismat Chughtai’s non-fiction work also regularly makes references to the court hearings that she and Manto were regularly summoned for. She mentions political parties and associations by name, and does the unenviable task of pointing out the hypocrisy of ‘The Progressives’ for not openly speaking for the freedom of expression. While Manto was having to defend the content of his stories only, she was having to defend the fact that she, as a woman, was writing hers. Topics of desire and longing were automatically interpreted as more obscene coming from a woman, and Ismat Chughtai dared to address this duality as well. She wrote, “I was put down as a purveyor of sex. It is only in the last couple of years that the younger generation has realized that I am a realist and not an obscene writer.”(1)

On The Male Gaze

Interestingly, Ismat Chughtai herself addressed the issue of the male gaze in her essay titled ‘Aurat’. Though the term itself was coined by Laura Mulvey in 1975, it is very fitting to see Chughtai’s observations. She writes,“They will make a woman a goddess or heavenly creature, but will be ashamed to call them a friend or comrade.”(2) The structure of this essay is absolutely beautiful as Ismat Chughtai addresses the many things that men have written and said about women over the centuries, and then responds to them with her wit and wisdom. In one brilliant example of her frustration with men writing and preaching about women, she exclaims, “Another person commands, ‘When a child is breast-fed for the first time, the mother goes red with happiness, and starts trembling.’ Women must have anticipated that the commanding personage is a man, and whatever he has written is based on hearsay. He has undoubtedly never fed a child himself and does not know how painful it is when a child is breast-fed for the first time. The mother who goes red and trembles definitely does not do so in love and mirth; her colour must have changed owing to anguish.”(2)

Ismat Chughtai also calls out the actions and words of real men around her – from M.G. Naidu to Rabindranath Tagore – to highlight the degree to which the patriarchal lens dominates culture. She goes on to write, “I am saying this because men coin these so-called proverbs for no reason…It is better not to claim to understand women more than the women themselves.“(2)

Ismat Chughtai’s observational writing and essays, therefore, act as a window to see the social and political bearings of being an unapologetic and independent woman during her time. She does not claim or try to be objective, but instead invites the readers into the subjectivity of her feminine artistic experience. The arguments and debates that become highlighted in her work are never therefore disjointed from her lived experience. The fast-paced and colloquial nature of her language, even in translation, portrays an urgency and intimacy that she wishes to establish with the reader – which is what makes her work relevant even to the woman of today.

Also read: How Is Women Writing A Form Of Protest In A Male-Dominated World 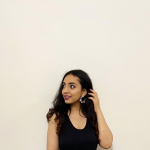 Meet Xavier Dias: The Adivasi Rights Activist And His Journey