Odisha ranked 2nd in the number of crimes against women in 2017 and 4th in 2018, according to the annual report by the National Crime Records Bureau (NCRB). Cases include cruelty by husband, kidnapping, rape and dowry-related deaths.
By Sivangi Dash Jan 7, 2021 7 min read

I’m scared as I write this. I fear men from Odisha will come back at me in gruesome ways for uncovering their ugly truths. This fear isn’t peculiar: it is normal, our normal. We are used to staying home and choosing our clothes carefully when we step out. We are used to a life that expects us to walk away when men tease us on the streets and follow us on bikes. We are used to apologising to adult men in the family. We are used to ignoring uncomfortable stares by random men and women whenever we go out. We are used to refraining from talking “too much” with our male classmates in school and daring to sit behind our boyfriend’s bike. We don’t have a “night life”. We come back home before sunset! We are used to sticking to the edge of the road while walking and strategically covering our breasts from getting groped by random men on bikes. We are good women; we are told that “boys will be boys”. So, we listen and we follow and this is our normal.

Also read: How Is Rape Culture Related To The Notion Of Women As Carriers Of Family Honour

I asked several women who have spent 15-20 years of their lives in Odisha to share their experiences on street harassment, and how the normalisation of rape culture has affected their lives. The response was shocking! Each of them had at least ten individual stories to tell. Prerana, a 23-year-old Bengali woman born and brought up in Bhubaneswar sights multiple instances of sexual harassment by auto-drivers as a child and of street harassment while growing up. “I was called a slut for licking a popsicle in public! My mother is 46, and she gets nuisance calls on her number asking her if she’s available!”, says Prerana. “One time, boys on a speeding bike called me ‘maal’ for wearing a full sleeve hoodie! It’s an everyday thing now. I know it will happen if I step out. I’m always fearful and conscious of wearing a certain dress or walking alone on the road. I feel like someone is constantly following me.”

I want to mention the toxic “Khatti” culture in Odisha. Every colony has an informal club house, a shop or just a random spot where men make it a routine to meet every day, especially after sunset. It’s like a spot to chill, play loud music, shoot carrom, drink, smoke and chat. Amidst the fun, it’s a treat when a woman passes by. To one’s amusement, the volume goes up, men bursting into defeating laugher and a couple of them whistle at you, callously asking if you want to be dropped?

I have noticed how cleverly Odia men signal at you. They won’t say things on your face. They’ll say something loudly, to a friend or act like they are on a call and say something that bears multiple meanings while you walk past them. It’s a shrewd move, one of gaslighting that makes you question if the comment was towards you in the first place. You know he was talking about your ass yet you can’t confront because he’s saying it to a friend.

Ipsita, a 44-year-old woman, narrates an incident of street-harassment when she was out for evening walk a couple of years ago. “I was walking with one earphone plugged in, when a bunch of young boys doing ‘khatti’ at the nearby paan-shop shouted something related to my earphones. I stopped and yelled at them but I was scared the entire evening thinking what if they start following me. I stopped going for walks after that.”

While incidents of street harassment and stalking are quite frequent and “normal” now, multiple instances of child sexual abuse too take place, however go unreported. Madhu*, a 25-year-old PhD scholar at the University in Bhubaneswar recalls her harrowing experience of sexual abuse as a child. “I was abused by an acquaintance while playing a game one afternoon. We were playing when the lights went off and he forcibly put his hand around my mouth and made me sit on his lap and touched me inappropriately. I cried for several days. Two days later, my uncle’s friend who was visiting us tried to kiss me on my mouth. I was terrified and ran away,” says Madhu. She also narrates an incident from last year when a middle-aged man molested her in the auto pretending to adjust his bag. “Sadly, it’s so normalised that when I shared the incident with a friend, she asked me to ‘stay strong’ and overcome it.’

There are numerous instances of teachers character assassinating female students in schools for hanging out with boys and passing derogatory comments on their hairstyle, clothes etc. I remember how in my school it was a must to tie two tight braids for girls while there existed no such strict diktats for boys. One of our teachers would often harass girls and question their character. It was a regular practice to police students after the morning assembly, girls with skirts falling above the knee would be made to stand in a separate line and moral policed for dressing “provocatively”, while boys confidently walked around with shorts reaching their mid-thigh. Teachers in my school also made it a point to spy and gossip about the personal lives of students and often harassed them for dating, cancelling the possibility that a boy and girl could also be friends.

I have noticed random young men, chewing tobacco, wearing “Sallu bhai” bracelets, speeding around school campuses in fancy bikes during closing hours. These men would intentionally honk at girls and occasionally park their bikes in a corner and stare at female students. It always felt scary and uncomfortable. Sadly, the classroom environment was equally problematic.

“My male classmates would also often sexualise the tiniest of things, they would tease you if you asked them for an extra pen. There was a popular joke on pen sounding like penis. Boys in my class would associate whiteners with an ejaculating penis. I had to think a thousand times before borrowing it from anyone in class. It always made me very uncomfortable.” says Sonia*, who went to a central government affiliated school in Odisha.

Misogyny is so rampant in the state that every time I have come up with issues that women face, people have resorted to “whataboutery”, irrespective of age or gender. Often saying things like “even these girls are no less”. I have seen five or six-year-olds sing popular Odia hits like ‘Botolo Bhangibi Gori Toh Duare’, a song with more than 1million views on YouTube and often played in weddings. It’s about how a man will break his beer bottle (basically make a scene) in front of a girl’s house if she refuses to go out with him. WOW! It’s 2020 and this what the Odia audience likes and consumes!

Further, given how dating in Odisha is still a taboo, so many women have to hide their relationships because they’ll be locked up in the house for being indecent. How are we supposed to say that our boyfriends beat and threaten us if we can’t say that we are dating in the first place? Married women are trained all their lives to be submissive and subservient to their husbands. This notion is so strong in Odisha that we think it is normal to be with someone who constantly mistreats us. The perception that men are supposed to be angry and aggressive is deeply internalised and Odia women are taught to put up with that.

Having stayed in Delhi, allegedly also known as the “rape capital”, if there’s one thing that I have come to realise, it is the fact that perhaps cases in Delhi come to the forefront, perhaps the barbarity is cut open for its political significance, but rapes also happen in states like Odisha, and I have witnessed the “rape culture” there to be at least ten times worse than that of Delhi.

While the State Government has taken several initiatives like ‘Mo Saathi’, ‘Pink Auto Rickshaw’, ‘Maadhyam’ towards women’s safety, the realities on the ground are different. Yet sadly, there’s no discourse about it in the regional media. Nothing becomes a part of the “mainstream news, dominated by Delhi more than others. There is hardly any Odia film that’s free of sexism or misogyny. It makes me angry and I want to know why does this NOT matter? We are 20,762,082 women in the state and we all have been through this at least once in our life, yet no one thinks it’s important! There are posters asking women to be cautious. Why are there none asking men to STOP?

Some names have been changed to ensure anonymity. 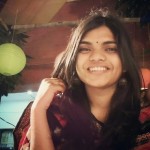 Dating Apps, Commodification Of Love And ‘Being Chill’ In Relationships