The lack of emphasis on sex education, awareness around menstrual hygiene and management and the even lesser attention given to the repercussions of menopause in our society clearly needs to be radically questioned and changed.
By Anubha Mishra Feb 17, 2021 4 min read

The first time I was introduced to the term ‘menopause‘, I was in sixth standard and was yet to learn about the puberty and hormonal changes. It so happened that my maternal grandmother was diagnosed with ovarian cancer and my mother was in a haste to see her. My grandmother undertook various treatments and fought the battle much like her namesake is known to be: Durga.

Fortunately, she is hale and hearty and still is a force that keeps us all strong and sane. After the whole whirlwind, my mother sat me down and explained about the significant changes that took place in her life and is bound to take place in the life of every girl. My mother was 38 when she underwent her last menstrual cycle. Yes, a premature one. And I was far from experiencing my first. And with no understanding of the matter, I never paid heed to her ordeals or understood challenges after the menopause. There were nights when she would come into my room and complain about how profusely she is sweating while the rest of us were in deep slumber, how she felt like crying for no reason and how the slightest of abnormalities would make her rage in anger and the fluctuating blood-pressure levels was even more concerning.

Also read: Breaking The Silence Around Menopause And The Need For A Discourse

A study suggests that premature menopause can lead to exacerbated heart problems. My mother’s visits to the gynaecologist became often and even at home, we, her children, failed to understand her problems and her changing moods caused by hormonal imbalances due to menopause. Meanwhile, I saw other middle-aged women in my family and friends’ circle talking to my mother about their menstrual problems and how my mother, with the experience of undergoing menopause and its consequences, helped them. My mother was yearning for a support system herself in the days that she suffered and thus, she was resolute to become one to those whom she can be one to. The lack of emphasis on sex education, awareness around menstrual hygiene and management and the even lesser attention given to the repercussions of menopause in our society clearly needs to be radically questioned and changed. There is a dire need to talk and spread awareness about health implications that menopause could lead to. It is important to shatter prejudices and involve family members in these awareness sessions because the matter is not just restricted to the physiological health implications of menopause alone but also the mental health implications. It is important to cater to and understand the needs of a woman during the onset and even during later years of menopause.

Because ultimately each person’s body functions differently, sometimes, a woman is herself is oblivious to her needs and bodily demands. This is why the role of the immediate family members is important in addressing menstrual concerns such as menopause. We should move forward from the prejudiced setups we function within today and support and talk with each other to establish a conditioning system that at least provides the space for them to talk openly about the sudden mood fluctuations, crying spells, depressive episodes, change in libido, weakening of bones and other health issues.

Also read: Mental Health During Menopause: The Collective Ignorance And Lack Of Support

The workplace is yet another ecosystem that needs to ensure conducive environments for those undergoing menopause. Menopause is as important a stage as menstruation and thus needs equal and timely attention. The lack of attention towards the elderly is such that significant work and research on menopause and its effects on the elderly women still is not enough. The case in rural areas is even more alarming due to the stigma attached to menstruation. The government and the civil society actors have (and rightfully so) emphasised on menarche and sexual and reproductive health. From government data to schemes, they all only talk about reproductive health and very less or almost negligibly about the stage after the reproductive age or when one’s nearing menopause. Because the elderly is seen as a homogenous population by government policies as well as civil society actors, the issues that specifically affect elderly women take a backseat. Thus, I urge the readers to take it upon themselves to go and negotiate in their communities about menopause and its impacts and create a cohabiting environment. Let’s resolve to make women’s health a priority. 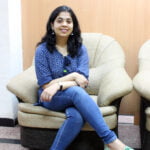 Katrina, Ranbir And The Omnipresent Phenomenon Of Mansplaining

Sexually Abusive Fathers: Looking Beyond The Sanctity Of The Institution Of Family

Can The Powerful Be Held Accountable?: A Look Into Polanski And Beyond