The resistance to intolerance that has risen from the Janaki and Naveen's dance to the Rasputin video makes us not give up hope of a secular society that looks beyond religion.
By Vyshnevi Divya Satheesh Apr 15, 2021 5 min read

The Rasputin has been gaining momentum across social media in the past weeks, thanks to the Instagram reel featuring two medical students jiving to the Boney M’s hit classic. Janaki M Om Kumar and Naveen K Razak, two students at Thrissur Medical College dropped the 30 second video on Instagram on March 23, the dance shot after a routine day at college. Dressed in scrubs and shot in the halls of the house surgeon’s quarters at the medical college, the “Rasputin video” blew up on the Internet in April, with Janaki and Naveen gaining nationwide attention and appreciation for their smooth and pumpy dance moves.

However, responses took a different turn when Krishna Raj, a Hindutva-sympathising lawyer from Kerala left a sneering remark on the duo’s performance on Facebook, urging Janaki’s parents to “watch out”. Loosely translated, his post read, “Janaki and Naveen. The dance by two medical students in Thrissur Medical College is going viral. Janaki M Om Kumar and Naveen K Razak are the two students. Something’s fishy. Janaki’s parents should be careful. And if they are careful, they won’t have to be sorry later, as Nimisha’s mother has proven. Let’s pray for Janaki’s father Om Kumar and his wife.”

The right leaning lawyer drew comparison from a case that daunted Kerala media years ago, of Nimisha (Fathima) who had gone missing in 2016 to join the IS in Afghanistan and was later rescued after a plea to the center made by her mother.

The above post instigated more hate speech to surface, and those unable to tolerate a playful collaboration between two young people from different religious backgrounds resorted to using vile and repulsive comments to attack the dancers, in a way of projecting and appeasing their largely bigoted minds. The friendship between the two were taken up for interpretation by the mass, broken down and splattered with communal undertones. The two collegemates, previously simply addressed as Janaki and Naveen, were now deliberately referred to as Janaki K Om Kumar and Naveen M Razak, drawing attention to the differing religions they come from. The infamously problematic phrase of “love jihad” began to appear under every repost of the video, with some claiming that Hindu and Christian girls studying at professional skills colleges are ‘falling prey to Muslim boys.’ Posters worded, “Janaki, a victim of the terror of love jihad” flooded dashboards, and attacks were thrown at parents who didn’t keep their daughters in line. The nonsensical focus on religion over pure talent and camaraderie further deepened when a new term, “dance jihad” began to appear across social media.

But what was an exciting turn of events, a majority of Malayalis, young and old, stepped up in support of Janaki and Naveen, who are a part of their college’s dance crew, Vikings. The students’ union at their college posted another dance video in protest which, according to the union chairman, was shot a few hours after the lawyer’s remark, with 12 members of the Vikings dance group, all wearing scrubs and masks. The video was posted with the comment: “If your intention is to hate, our decision is to resist.” The post also named the 12 students, with a note mocking those who would want more reason to induce hate by searching for caste and religion in others’ names.

The Students Federation of India (SFI) unit at Cochin University of Science and Technology (CUSAT) announced a dance competition titled ‘Endo Oru Panthiked’ (something is fishy), referring to the post of Krishna Raj, encouraging dancers to send in short dance videos. “Our protest is against those who divide society and people based on caste and religion, and spread venomous communal comments even on social media. This is a small protest campaign, and we hope the secular people of Kerala will stand by us,” said Prajith K Babu, SFI unit secretary at CUSAT.

The Indian Medical Association-Medical Students Network, Kerala, put up a Facebook post in solidarity with the two. The poster said, “To rewrite change is the aim. And resist we shall. We stand in solidarity with Janaki Omkumar, Naveen Razak.”

Meanwhile, Janaki and Naveen are not in the least affected by the hate propaganda that has stirred up. “If there are a 10 million views, let’s say, only 10 have expressed hate, that’s how we wish to see it,” Janaki said in a recent interview. “In fact, there are responses to these comments, that gives fitting replies to them; we want to look at all the positive responses.” adds Naveen. When prompted, Janaki expressed that a comment on the Rasputin video that brought her most joy after the whole controversy was one that mentioned how their friendship was as remarkable as their dance.

“My parents and family don’t even think that it deserves to be addressed, they are just as thrilled as we are about the love we got from everyone,” Janaki said to Asianet News, when asked about the controversy that has brewed, “we know it’s only a matter of time when this whole thing settles down.”

This is not the first time that the right wingers in Kerala have teased religious sentiments and incited hate in the name. The raging fear of the “extinction of Hinduism” has brewed in the state for the past few decades, and the several cases subtitled with “love jihad” in the past has only been an advocate to the compelling fear that the “Hindu population is dwindling.” As a result, a prominent patriarchal response has been to ‘protect the Hindu woman from the Muslim man’. This problematic sentiment, that is not only Islamophobic, is also disregarding a woman’s individual agency; and has now been strengthened with legal connotation with the new Prohibition of Unlawful Religious Conversion Ordinance of Uttar Pradesh and similar legislations in other BJP-ruled states.

However, the overwhelming support the duo received from the people of Kerala, and many popular figures across India, is a refreshing burst of assurance that the ridiculous hunt for differences can get befitting replies in our country. Janaki and Naveen, and their performance that prompted voices against hate, has knowingly or not, set off an influence that has compelled people to look beyond a lens of bias and loathe. In lieu of these events, the Kerala Police even took to twitter to post a vaccination advisory video featuring two vaccine bottles dancing to Rasputin, with the caption, “Get vaccinated from nearest vaccination centre…crush the curve…back to basics”.

In light of the draconian methods that the central government takes to retain a farce of cultural purity, and given the contagious nature of hate, the resistance to intolerance that has risen from the Janaki and Naveen’s dance to the Rasputin video makes us not give up hope of a secular society that looks beyond religion. 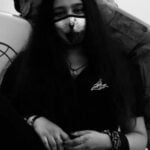 Vyshnevi Divya Satheesh is a ‘queer’ious teen grappling onto the little good left in the world, still unlearning heteropatriarchy and whistling through life with an undying love for literature, music and chaya. She can be found on Tumblr, Instagram and can be reached on her email: vyshnevi.sat@gmail.com

12 Times 2018 Was Shook By Students’ Campaigns And Campus Movements

In Conversation With Amal Murkus: A Palestinian, An Artiste, A Woman