Interviews In Conversation With Faye D’Souza: Journalist And Entrepreneur

In Conversation With Faye D’Souza: Journalist And Entrepreneur

In this interview, Faye D’Souza speaks about her views on the structural issues plaguing Indian journalism, why she decided to switch to an independent model, and what she thinks of feminism in India.
By Priyam Marik Jun 18, 2021 5 min read

Over the past year, no Indian journalist has uncluttered news in the way Faye D’Souza has. Working independently and reaching out to millions through social media, D’Souza has taken it upon herself to reclaim the meaning of news from incandescent journalists on primetime television who are too busy being the news to be able to describe it.

In this interaction with FII, D’Souza spoke about her views on the structural issues plaguing Indian journalism, why she decided to switch to an independent model, what she thinks of feminism in India, and much more.

This conversation was organised by Levi’s as part of its “I Shape My World” campaign that celebrates the journey of fearless women.

Q: You have said that you want to bring dignity back into news in India. Could you tell us how this can be possible?

A: I believe there has to be dignity in news at three levels.

Firstly, dignity for the subject matter. There has to be dignity in the manner in which it [the subject] is treated, both in the checking and treatment of the facts.

Secondly, dignity for the speakers and the journalists on screen, where there is no shouting, no screaming, no talking down to.

And thirdly, dignity for the audience. To treat the audience like they do not know any better is undignified.

Q: Considering how polarised Indian media has become, do you feel that opinion-free reportage is the only way forward for Indian journalism?

A: All journalists are human beings. But we need to be able to report the facts without any of our preferences finding their way into the news.

Traditionally, news has to be separated from opinion. That [separation] has got badly blurred on television, and I would like to bring that back.

Q: Speaking of the problems with television journalism, what were the reasons you left Mirror Now (in September 2019) to work independently?

A: I wanted the independence to be able to choose what I believe is right.

The model on which television journalism functions in India is fundamentally broken. Television is an extremely expensive business to run. As a result, there is tremendous pressure on journalists to bring in the numbers [in terms of viewers] so that they can bring in the advertising and make their products viable. It is very difficult for anyone to run a television business and make it viable when advertisers will not support those who will question power.

On the other hand, I find that the internet is a far better place to put out information because you can work with smaller teams and smaller budgets. The attempt on the part of my team is to put out news in the most boring fashion possible. News is not meant to be entertaining. It is meant to simply deliver information.

Q: Shifting gears slightly, I want you to address the problem of sexism in Indian journalism. Is it something that is more pronounced, albeit in subtler ways, at the higher echelons of the industry, or does it pervade all the way through, affecting the rank and file reporters as well?

Editors at the top are largely male and that needs to change. After a point, there is only so much you can do with empathy, you have to have people telling their own stories.

As far as sexism is concerned, there is less of it among journalists and towards journalists. But there seems to be a lot of it in the treatment of the news: the way women are treated, the way rape is treated. But that will change as more and more women rise to editorial positions.

Q: The word “feminism” gets misinterpreted a lot as part of discourse in India. As an avowed feminist, what is your definition of feminsim and why do you think we need it in Indian society?

A: My simple definition of feminism is the belief that irrespective of gender- and I mean all genders, not just binary- everyone deserves the same rights, the same opportunities, and the same pay for the same work.

If you are asking me why we need feminism in India, just a few days ago a woman, who is a part of the Uttar Pradesh Women’s Commission, made a statement that girls should not be given mobile phones because it results in them running away and eloping with boys. What a ridiculous statement to make! At a time when having access to mobile phones and the internet means having access to education, healthcare, vaccines…means access to your life, effectively.

I think the fight for feminism has to continue till we reach a point where every room in which decisions are taken, whether that is in corporate India or in government, is representative of the society we live in, which means at least half of the people [in such rooms] have to be women. At least 10% need to be from the LGBTQI+ community and there ought to be an equal representation for members of the Dalit and tribal communities as well.

We have to remember that there can be no decisions about us without us.

Q: Who are the women you have been inspired by?

A: There is Justice Ruth Ginsburg, who made big differences to the rights of women in America. There is Maya Angelou, a terrific example of what women can do if they set their minds to it.

In India, lawyers like Indira Jaising and Menaka Guruswamy and the work that they have done for justice and equality is extremely encouraging. We have women journalists like Barkha Dutt, who continue to show through their work that sometimes it takes a woman to get the job done.

Q: What does the phrase “I Shape My World” mean to you?

For me, “I Shape My World” is about deciding who you want to be, about making your own rules and living by those rules. Being honest to yourself, not allowing society to constantly tell you that you are inadequate.

Q: Finally, after more than one and a half decades in journalism, what are the goals that still keep you going?

A: Fundamentally, I want to see a newsroom that is bustling with young people of different communities, all of them doing great work and being adequately paid for that work.

My secret motive is that I want to be able to put out enough of even-toned, boring news to break the habits of everyone who watches television.

I want to not just disrupt, but I want to destroy the formats [of news] that currently exist, because they are dangerous for our democracy. 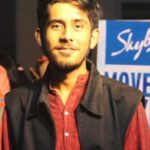 Women Empowerment Must Go Beyond An Aspirational Catch Phrase