In 2020, we heard “We can understand if a woman gets sexually abused once. But if it gets repeated, then any woman with self-esteem would either commit suicide or try to prevent such a thing from happening again.”

And two years later, we heard: “Why did (Nirbhaya) go to such an isolated spot at 6 pm? Rapes take place also because of a woman’s clothes, her behaviour and her being at inappropriate places.”

Some things can be made a note of if women want to protect themselves from the violence of sexual assault and murder: A) Die by suicide if it happens more than once and B) that it is “understandable” if we only get raped once. C) And, we shouldn’t go out after 6 to “isolated spots.”

Also read: How Benevolent Sexism Pitches Women Against Each Other

But going by the recent magnanimity of the state structures, it would seem that the police would your back if you do. Anyone remember the brilliant idea of using AI cameras to track the “distress” on your faces. After all, women who are finding themselves at the receiving end of assault, stalking, harassment and the like are all supposed to project the ideal victim responses of fear and shame, right?

(Also, what happens if the camera doesn’t register it? What happens to your privacy? I don’t know folks, not our problem apparently.)

And if you still aren’t convinced, consider the amazing idea of the former CM of Haryana – get your daughters married off like people from “the Mughal Era” would do so to “save [their daughters]” from “Mughal atrocities;” as if 47% of girls do not continue to be married off as minors. Never mind the fact that lineage and hierarchies of caste and class continue to be important determinants of arranging marriage.

Oh, you can access Google? How interesting. You are a woman with a phone, then? Uttar Pradesh Women’s Commission chief Meena Kumari would like to have a chat with your parents: She suggests, “we need to see where [our daughters] are going, what the situation is, which boy they are sitting with, their phones… girls keep on speaking on their mobile phones and things progress to such an extent that men elope with them for marriage.” This is in a country where girls and women already do not have access to smartphones, which in fact led to many young school girls dropping out of schools during the pandemic, in addition to being denied access to mobility and digital empowerment.

If you grew up in a typical brown family, these might not sound very new: Don’t wear revealing clothes, don’t hang out with men (where is the #notallmen team now?), don’t go out after dark (forget that rapes happen in broad daylight too) – and if you do get held up in the dark, don’t take “suspicious private buses”: “Just because India achieved freedom at midnight does not mean that women can venture out after dark…The woman should have thought twice before boarding the suspicious private bus that night” advised Botsa Satyanarayana, a minister from Andhra Pradesh, in 2012. The list is unending. In the cacophony of all this unsolicited advice, we also forget how rape victims can also be minors.

These advices are shocking, bizarre, ludicrous – I open a thesaurus at this point – advices. Victim blaming is a strain of sexism considered tolerably intolerable. You too, might have caught yourself telling friends to carry a pepper spray, to “dress accordingly.” You too, must have acted in “good conscience” when you say it – but this is the grey area of benevolent sexism.

Glick and Fiske’s monumental work from 1997 differentiated between ‘hostile’ and ‘benevolent’ sexism. The former is a direct antagonist response to women challenging male power; while the later is gracious – “We only want what is best for our daughters” – a sentimental drivel. Women are great, it says, they are affectionate and delicate and sensitive. It puts women on a flowery pedestal equipped with feminine ideals, always in need of protection, always infantilised: the world is a big bad boogeyman under the bed – “Women are not capable of being fully independent.” They are always a liability – “My daughters are a liability on me. They are studying now and need to be married off. Obviously they are a burden on me,” said Yusuf Bhat, Congress member, in 2012.

Conservatives worry a lot about “cultural values” disintegrating with the onset of modernity (defined by crop tops instead of saree-blouses); but they really needn’t. Medieval and ancient sexism has not been forgotten, just rebranded. Certain old works, with a huge dose of casteism, as Uma Chakravarti points out, mention that “a woman, a Sudra, a dog, and a crow are the embodiments of untruth, sin, and darkness;” and some decide that women must be guarded by painting them in bold strokes of evil and lasciviousness.

Another reason was purity. Of what? Of caste. Independence assumes that women have the choice to pick sexual partners which endangers caste purity. Dating is off limits. Moving about is off-limits. When the clock strikes 12 at a certain age, you must marry and live with a stranger all your life (because divorce is taboo) – it is a match made in heaven (brought together by caste filter on matrimonial sites) after all.

Punishments are put in place by patriarchs for transgressing these ‘values.’ In 2019, a 19-year-old girl was beaten and paraded around town by her family for eloping with a man from a different tribe. It is not an uncommon occurrence – for women who “enjoy” themselves outside of home, social exclusion is the least guaranteed.

Benevolent sexism opens up the door to the pit-falls of what happens when this “protection” doesn’t work out. Women take the brunt of not ‘teaching’ their daughters. The focus has always been on controlling any semblance of independence. No matter how prudish beforehand, she would become a ‘modern’ (implying ‘loose morals’) woman in order to justify any incident of assault against her – if not the woman herself, it is some aspect of a ‘modern’ life: from fast-foods to cities itself. Anything to move away from the power-imbalance of caste and gender – going as far as to say that the victims must be incinerated too, or to carry condoms and ‘accept’ it.

Women cease to be only one individual in any narrative – they are an entire community, a locality, a state or even a country. They become social entities and any commotion is then seen in terms of being a hit to reputation, not an exploitation of an individual body: cleaning up image becomes more important. “If (women wearing ripped jeans) women go out in the society to meet people and solve their problems, what kind of message are we giving out to society, to our kids?” asked the CM of Uttarakhand. Motherhood is legitimised – only certain women who fit “within tightly controlled structure of reproduction” can be good mothers.

Reasoning that such exertion of authority over private lives will do away with instances of assault ends with blaming the victim – why didn’t you travel in the women’s compartment? Why didn’t you wear longer dresses/jeans/salwars/saree/burqua/anything at all? A false portrayal of security, a false display of addressing a very real problem because conservative politicians cannot respect anything other than their own ideologies. The general belief is that women have achieved the ‘essence’ of feminism because of the mirage of ‘rights’ presented before you. 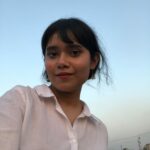 Sanju Has ‘Men Will Be Men’ Written All Over It