CultureCinema Monica, O My Darling: Where Is Monica & Other Female Characters?

Though the film tries to do its best to connect all the threads, there are multiple loose ends that one may be able to point out. Therefore, if Bala could have cut out short some parts and added more direction to the plot, it could have easily achieved the awe factor.
By Vedika Tuwani Dec 9, 2022 5 min read
» Featured Image Source: Netflix

Monica O My Darling directed by Vasan Bala is a crime-comedy thriller recently released in the cinemas, and the OTT platform Netflix. The film, despite starring some of the most talented and prominent actors fails to capture the real essence of the story. From the very beginning to the end, the film remains at the edge of being problematic with a mix of chaos and loose endings.

A rich-spoiled girl, a sneaky cop and a hysterical, villainous woman, Vasan Bala’s, Monica, O My Darling is a film with great songs, cinematography and an amazing plot but not the best direction as it leaves the audience asking for more; more context, more women’s screen time and definitely a better ending.

The film stars prominent actors like Huma Qureshi, Radhika Apte, Rajkumar Rao and many more who have lived up to their characters. But despite having strong characters and strong actors to play those characters, the film fails to do justice to any of its female characters.

Love, lust and a series of murders, Monica O My Darling is a noir pulp fiction that tries to keep the audience at the edge of their seat. But leaves them feeling dazed and confused. Why?

Therefore, I would review this film through its own dialogue, “Dheel nahin dene ka, tight rakhne ka” delivered by ACP Naidu aka Radhika Apte. In this review, I try to point out some of these loose threads that one can look out for if they haven’t seen the film yet.

The film revolves around Jayant aka Rajkumar Rao, a golden boy who comes from nothing and clubs the ladder from his mundane life to make a name for himself. He is a classic Bollywood hero; A position on the board of directors, the CEO’s daughter as his girlfriend and money enough to buy a company.

What else? Just a weak link that can turn his life upside down: Monica. Monica is his side chick who works as the CEO’s secretary and has affair with Jayant who ends up impregnating her from what we understand. Monica in return only demands money to keep her and her child’s future safe. Hence, Monica becomes the only factor in Jayant’s life who can take everything away from him. But what’s interesting is that it’s not just Jayant but Monica has been playing two other men in the same manner.

Thus, begins a heist to murder this woman who can potentially ruin the lives of the most powerful men in the company. Interesting? But do they become successful in this? Maybe or Maybe not. We will find out in the film. But before that, let us understand the character of  Monica Machado played by Huma Qureshi.

Where is the female lead?

I personally feel that there is so much more depth that can be added to her character. For instance, why Monica wanted the money, was it just her desire for a better quality of life? If yes, why is it that Jayant and Monica both come from a similar background but Monica has to use her sexuality to get the same kind of lifestyle as Jayant, who got it through his talent?

Secondly, what is the need to manipulate so many men when her entire motive is to get rid of that lifestyle?

While Monica’s absence is felt in a lot of scenes, another strong character that one whats to explore is ACP Naidu. Played by Radhika Apte the character is an amalgamation of a sneaky, know-it-all, Maharashtrian cop. ACP Naidu knows how to have it her way and has a force that will do as she commands. The only thing one may feel is that the impact of the character on the plot has not been explained properly. And towards the end may leave some thinking if she is a good cop or the bad one.

The third character who could have had a better story for herself is Nikki, the CEO’s daughter. Nikki is portrayed as this rich, spoilt and almost dumb girl, who only loves her boy toy, Jayant. While there are so many things that are going on in Nikki’s life from her issue with her brother to her insecurities, she could have easily become an important character in the film with one single plot twist. Trust me you already know or will know by the end of the film.

The interesting thing about these female leads is that none of them can be seen interacting with each other.

Also Read: What Is Happening On TV? The Intersection Of Class And Gender In Women’s Representation

Therefore, before watching Monica O My Darling, make sure to watch it like a light thriller with dark comedy. Though the film tries to do its best to connect all the threads, there are multiple loose ends that one may be able to point out. Therefore, if Bala could have cut out short some parts and added more direction to the plot, it could have easily achieved the awe factor.

Overall, it is a light-hearted film which can be enjoyed by anyone, however, Bollywood still has a long way to go when it comes to crime comedy thrillers. The reason being in many cases, comedy might come out as lame, rude or borderline sexist.

Among other things, I would have really liked the film if there was more depth in the characters of the film. And instead of introducing new elements, if Bala could have used the existing characters to shape the narrative. 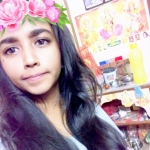