Sheila Dikshit was born in a Punjabi Khatri household, in Kapurthala, Punjab. She attended the Convent of Jesus and Mary School in New Delhi where she received her education. Dikshit also holds a Doctorate degree in Philosophy from the University of Delhi and a Postgraduate degree in History from Miranda House, Delhi University.

Also read: Vijaya Lakshmi Pandit: Among The Architects Of The Indian Republic | #IndianWomenInHistory

Sheila Dikshit entered politics accidentally; she was married to the late Vinod Dikshit and worked as his father Uma Shankar Dikshit’s assistant. Uma Shankar Dikshit was a UP Congress leader and a minister in Indira Gandhi’s cabinet. Former Indian Prime Minister Indira Gandhi recommended Sheila Dikshit for the position of representative for the Indian delegation to the United Nations Commission after acknowledging her administrative abilities. She officially entered politics after this when she was appointed a minister in Rajiv Gandhi’s administration in 1984.

Earlier, in the early 1970s, she was chairperson of the Young Women’s Association and was instrumental in the setting up of two of the most successful hostels for working women in Delhi. She was also the secretary of the Indira Gandhi Memorial Trust.

She served as India’s representative to the UN for five years, from 1984 to 1989. She was appointed as a minister in Rajiv Gandhi’s administration in 1984. From 1986 until 1989, she also worked as a Union Minister. Prior to becoming a Minister of State in the Prime Minister’s Office, she held the position of Minister of State for Parliamentary Affairs. When she spearheaded a campaign against violence against women in 1990, the state authorities imprisoned her for 23 days together with her 82 coworkers.

She served as Chief Minister of Delhi from 1998 to 2013 and in the 2013 Delhi Legislative Assembly election, her party was defeated by the APP party. She resigned on December 8, 2013. In 2014, she served as the Governor of Kerala for a short time.

Dikshit was later proclaimed a chief ministerial candidate for the Indian National Congress in the 2017 Uttar Pradesh Legislative Assembly election, however she withdrew her nomination. Later in 2019, she was the elected president of the Delhi Pradesh Congress Committee and served till her death in July of that year.

Her contribution in the capital city

“She worked with such vision and dedication to transform Delhi, to make it a much better place to live in for all its citizens, including the poorest, and that tremendous achievement remains her lasting legacy.” wrote Sonia Gandhi.

When she came to helm in 1998, she was seen as an outsider by many. It was the time when Delhi was on the cusp of infrastructural development.

She was credited with transforming the national capital by building roads and flyovers, improving public transportation and helping in making Delhi a less polluted city.

She started the Metro, and project “Bhagidari,” or “people,” among other concrete accomplishments. Participation in governance, CNG-fueled public transportation, the construction of nearly 90 flyovers, a cleaner environment with a significant increase in green space, reforms in the power sector, a noticeable improvement in the standard and results of government schools, an expanded and high-quality public health infrastructure, and a number of income-generating initiatives for the society’s most marginalised groups were all introduced.

In her autobiography Citizen Delhi- My Times, My Life, Sheila Dikshit reveals how she motivated her fellow MLAs to work for the people of Delhi despite the narrow manoeuvring space administratively.

Beside being one of the strongest chairperson she was a kind and loving person as was proved when she was conferred with the prestigious Dara Shikoh award by the Indo-Iran Society for her contribution to peace, harmony and brotherhood.

Sheila Dikshit has also been honoured with numerous awards such as- ‘Best Chief Minister of India’, by Journalist Association of India in 2008; ‘Politician of the Year’ by NDTV in 2009, and ‘Delhi Women of the Decade Achievers Award 2013’ by the ALL Ladies League for Outstanding Public Service in 2013. 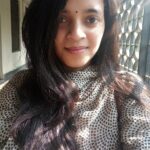 Where Are The Muslim Women In India’s Workforce?

“How Dare You?” The Greta Thunberg Effect And The Fight Against Climate Change

Emotional Labour: What Is It, And Why Do Women Bear The Brunt Of It?