From the context established in the movie, it’s actually painful to see Whitney Houston being forced into a life of heteronormativity, where the press is asking if she’s gay or her father asking her and Robyn to be seen in public with the media.
By Rajeev Anand Kushwah Jan 18, 2023 6 min read
» Featured Image Source: liveabout

In doing so, the film cements her status as a queer icon, and also brings to surface some of the most defining hurdles of any famous woman – the pressure to maintain a clean, moral and respectable image; dealing with drug and alcohol abuse; and the delicate balance between personal and professional life.

Whitney’s life is also relatable to many queer people, where she had to hide certain parts of her identity but at the same time was all glammed up on the stage, a space where she could be herself. No wonder her music is still a staple for drag performances. Gerrick Kenndy in his book, Didn’t We Almost Have It: In Defense of Whitney Houston, writes that there was a sense of freedom and liberation in her music, especially for black queer people.

Forcing heteronormativity: The politics of fame

In the documentary Whitney, Whitney’s family and friends describe her sexuality as fluid. From the context established in the movie, it’s actually painful to see Whitney being forced into a life of heteronormativity, where the press is asking if she’s gay or her father asking her and Robyn to be seen in public with the media. The life of such a star was at the scrutiny of the media at every second, and that’s why it’s also surprising that the movie confirms Whitney’s relationship with her close friend Robyn Crawford.

And while there hasn’t been a conclusive label of Whitney’s sexuality, but Crawford has confessed that she’s been intimate with Whitney on many levels where the relationship was very deep and they were very connected. The film traces how this changed when Whitney was in the public limelight, where it was required of her to be a ‘respectable, moral, cishet woman,’ something that was also forced through her father.

James Somerton, a Canadian marketing expert and YouTuber known for his commentary videos on films, books and comics, especially regarding queer history and characters, has also discussed on his channel how coming out can actually hurt queer actors. This is because even though the media and representation seems affirmative, studios and producers still operate in archaic ways and it’s unheard of an openly queer actor heading a big budgeted movie. The same is true for queer singers and other artists as well where their gender or sexuality might impact their career trajectory. Regardless of how much an artist is loved, unfortunately, it becomes about money at the end of the day.

We also see a thread of common themes, the most prominent of which are drug and alcohol abuse, abusive marriage, and the way family members are the first one to turn on famous women as they are only after money. This is something that stars like Britney Spears, Amy Winehouse, and Tina Turner, also have been through. While Britney was in a draconian conservatorship, Amy Winehouse’s father failed her, and Tina Turner suffered brutal abuse at the hands of her husband Ike. This definitely says something about the agency of women with fame and money, and the men in their life try to take control of the same, essentially holding power forcibly.

Reclaiming The queerness of a queer icon

Is it time to rethink her understanding of love for all her love songs? As per billboard, “In the past, non-gender-specific anthems were the best bet, and Whitney has had several, including, but not limited to: “Saving All My Love for You,” “My Love Is Your Love,” “I Have Nothing,” “Run to You,” “So Emotional” and the ever-iconic “I Wanna Dance With Somebody,” just to name a few. “I Wanna Dance With Somebody” is a queer anthem that has spanned decades.” If we look at queer media or media directed at primarily queer audiences, this actually holds true whether it is I Wanna Dance With Somebody being played in Love, Simon, or FX’s show Pose.

As a queer person, it’s particularly scary watching Whitney juggling between her career and her sexuality, and as per the movie, Whitney chose fame over being with Robyn. And the point is not to make a moral judgement of Whitney’s decision, rather, understand and question what’s so wrong with queerness that it’s not afforded the same opportunity as cisgender heterosexuals. This is particularly when Whitney has maintained that she’s a singer and that’s what she does. She doesn’t pay heed to if her music is black enough or not.

Phillip Henry in his reasoning for why Whitney is a gay icon, has theorised that not only she is famous of giving shade, but in general, queer people are drawn to women who have dealt with horrible men, faced much abuse from media, and got betrayed by family, but still managed to get up and face the world.

Whitney’s story is one such story, but it also feels defeated when these conversations only started to happen once Whitney was no more. In an article on Whitney’s queer iconography, Karen Millions discusses the, Gay Icons: The (Mostly) Female Entertainers Gay Men Love, in which the author Georges-Calude Guilbert writes, “I do not think that anyone would dispute Houston’s gay iconicity. She was beautiful, black, fierce (sometimes), and singing dance music.” Particularly her song It’s Not Right, It’s Okay (Thunderpuss Remix), is a certified gay anthem with a message that’s all too relatable – it’s not right, but it will be.

The film also has a few factual errors, some of which harms the celebrity or undermines her talent. One of the scenes in the movie explicitly mentions that Whitney didn’t write her songs even though she has co-writing songs on multiple songs. And while the movie is successful at addressing Whitney’s sexuality and her career trajectory, it still somehow fails to capture the essence of Whitney’s life. Noami Ackie is barely believable as Whitney and the screenplay as per many critics feels like a wikipedia summary.

The 2018 documentary Whitney does more justice to Whitney’s life as it escapes the overdramatising of the ‘fall from grace’ trope. Keeping the technical aspects and a hollow script aside, the film still manages to hit a chord with fans of Houston, and introduces people to the vocal powerhouse who still has a record of gaining seven consecutive number one songs on the Hot 100.

In doing so, we also get a look at Whitney’s life – the forcing of gender norms, the lack of trustworthy people in the middle of fame and money, and the lack of social support for people whom we place on a high pedestal. It tries hard to be in the same category as Bohemian Rhapsody and Rocketman but fails to do so, with the most impactful aspect of the movie being the appreciation of her queerness, one of the most overlooked and scrutinised areas of her life. 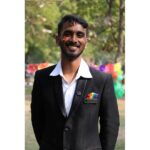 Why We Celebrate Kashmiri Women’s Resistance Day: A Statement