I woke up relatively early on Friday; I plugged my phone to the speakers and brushed my teeth to some Indie rock, washed the dishes, made a cup of cardamom chai and started my day. Given my lingering depression, it was one of my best days. When I heard about Chester Bennington’s suicide earlier that day, my heart sank. I realized, after having all the awareness and the understanding about the elusiveness of depression, I was still shocked that he took his life. The news compelled me to write about this thing that I have hardly ever talked about ― my suicide attempt.

It was a couple of years ago. The house stood empty that day; our home was packed away in brown, cardboard boxes; my drawings were taken down the walls, no stove to make tea in or candles to light ― we were moving to another apartment. My father and his wife, who were in the city at the time, were helping me organize and move.

Most of the day is a haze in my imagination now, because forgetting is one of the strongest (but unhealthy) coping mechanisms that I have learnt, to deal with my post-traumatic stress disorder. I remember we were in the new apartment and it smelled of wet paint and dust. I have always felt uncomfortable around my father, as his presence anywhere reminds me of the abusive atmosphere that I grew up in.

Something happened, and my father and I got into a fight that day midst paint, dust and boxes. I hardly remember the words we said, but I can still feel it, when I recall the way he tightly grabbed my wrist before I pushed him and locked myself in another room. I lay in my dusty bed, so numb and all the voices outside felt like faint music playing at a distant café, which I couldn’t hear very well.

My sister came home from work at some point, and my father left with his wife. I still can’t recall my time in the room; maybe I cried, or screamed or stayed very silent. I came out of the room a few hours later feeling exhausted and probably talked to my sister a little bit.

It was not dramatic; it never is as dramatic as we imagine it to be. I excused myself to the kitchen, telling my sister that I was going to take my anxiety medication, as I do everyday. And I did, but I took fourteen of them that day and washed it down with old, flat Cola from the fridge. I fell asleep then, and my sister didn’t know about what I had done until I told her in the morning, in a drugged slur. “Why am I awake? I didn’t want to be awake”, I mumbled before I passed out.

It was not dramatic; it never is as dramatic as we imagine it to be.

I don’t remember the next couple days much, because I only woke up to vomit repeatedly and pass out again. My sister called up my psychiatrist in a panic to ask about what to do in the situation, and he helped her out. I was better in a few days.

Every time I think of that time, I feel as if it was not me but actually a completely different person. I have always been an optimist, and even though I have been through really grey, stressful times ― I had never seen suicide as an option; I am usually terrified at the thought of pain and death. So even right now, I am almost unrecognizable to myself in that moment, but the unavoidable truth is that it was me.

We often picture mental illness and suicide to be these dramatic things that do not happen in the ‘normal’ world to ‘normal’ people. That somehow a suicidal person is only a shabby chap, hysterically cry-laughing and banished from society. In reality, suicide happens on an unsuspicious, insignificant day. Oftentimes, it’s the jolly co-worker, the level-headed, inspiring celebrity or the girl who writes optimistic articles on the internet.

We often picture mental illness & suicide to be dramatic things that don’t happen in the ‘normal’ world to ‘normal’ people.

Now when I think of the time I decided to end it all, I always see it from a third-person perspective. Even I cannot know how I felt at that moment, till I am in the situation again. I remember I could not breathe very well. Maybe it was the dust or the fact that I felt painfully helpless.

For me the trigger was my father. There was nothing that he particularly said that affected me; it was his eyebrows, the creases on his forehead, the sound and pitch of his voice ― it took me back to a similiar helplessness from my childhood, something that I buried down in my memory until that moment. I could not rationalize my thoughts. I remember feeling this irrational disgust and hate for my sister in the moment, who is the only person I have always felt peaceful with.

It’s really inexplicable, that overwhelming hopelessness that completely drapes over you like a heavy, dark blanket. I have often come across people who think it’s helpful to guilt a suicidal person into living; reminding them of their family and loved ones. It’s so sad that the lack of awareness can persuade a society into thinking that, it’s a good idea to induce guilt in an already helpless person. I tend to write about mental health the most, because the ignorance and stigma around mental illness and suicide in our country, is more dangerous and destructive than we think.

A few months ago when there was a news circulating in the media, about a student who jumped off a building after recording a video about his intentions ― many people that I know, expressed their feelings on social media about how ridiculous they thought it was, what a coward the kid was and that you’re a disgrace, if you choose to take your life instead of being strong for your loved ones. It broke my heart. I cried so much reading those posts, and shared with my sister about how helpless I felt, that these posts now existed on sites for everyone to see. We don’t realize how much out existence; our words can affect another person.

I have often come across people who think it’s helpful to guilt a suicidal person into living.

Dear reader, we can’t do a lot for someone who is suffering on the inside. Depression is like headphones in a crowd; they can hardly hear through the track that’s playing in an endless loop. But there is a big thing that we can do. It’s kindness. The great thing about kindness is that you do not have to know someone to empathize and be kind to them. Mental illness exists, whether we understand it or not. And it is heartbreaking because the ones, who are suffering, often have no support or compassion offered to them.

Psychological illnesses have time and time again been normalized in harmful ways, and it is causing more damage than you know. When someone tells you they have anxiety and you tell them ― “Stop using that as an excuse! You have all the power in you to do this, C’mon!” You might think you are motivating and helping them, but in reality, it’s only causing them to panic and feel like they’re not trying hard enough. And they are. They are trying hard enough. No one wants to live life in fear of everything and everyone.

The great thing about kindness is that you don’t have to know someone to empathize and be kind.

I think good communication is the key to any human connection, but given our lack of awareness, it gets trickier when it comes to talking to someone with a mental illness. It is not complicated; there is no rush to fix things. All we really need to do is this little thing ― switch “Let me tell you what to do about it…” To “Honestly, I don’t know what to do about it but I am ready to listen and try my best to understand.”

Mental illness is chaotic and suicide is devastating and sometimes, the world just seems hazy, rainy and grey. If you ever find yourself at the edge, I urge you to put the anxiety medication and the old, flat Cola down for a moment; just a moment. Chester Bennington said in one of his interviews while talking about depression ― “You don’t have to know a person to talk to them. You can just say, “Let’s be real right now…” And open up, and be vulnerable.”

I have found most of my peace from writing about my experiences and opening up. It really started out as helping myself, and naturally transcended into helping others. Please, if you can, take a moment to talk to someone about how you’re feeling; I promise there are kind, warm people in the world. If nothing at all dear reader, talk to me. You can reach out to me on any of my social media accounts and I will make some time, to listen.

Let us together be the kind, warm people in the world. 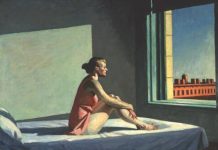 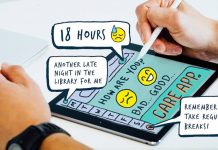 5 Things Educational Institutions Can Do To Become Mental Health Friendly 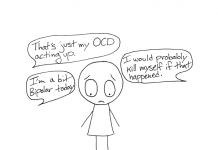 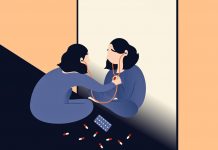 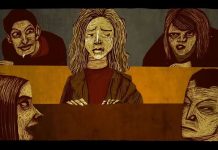 It’s 2018, Why Are We Still Stigmatising Menstruation?

Alexandria Ocasio-Cortez And Her Refreshing Deviance In Politics

Jammu And Kashmir Criminalises Sextortion And Becomes The First State To...