Culture How I Celebrate A Feminist Rakhi

By removing the hierarchy within genders, my sister and I made the festival meaningful for ourselves by tying each other a rakhi every year.
By Shivani Bahukhandi Aug 7, 2017 4 min read

Raksha Bandhan is the day when our country celebrates the bond between a brother and sister. Raksha Bandhan, called Rakhi in short, literally translates to ‘the knot of protection’. There are many mythological and historical mentions of the practice, for instance, story of Lord Indra’s wife tying the holy thread on his hand, to protect him in the battle field against demon king Bali. Or how Lord Ganesha created his daughter, Goddess Santoshi, from flames, so his sons would finally have a sister who’d tie rakhi to them. Or how Porus didn’t attack Alexzander, personally, since he was sent a rakhi, by Alexzander’s wife, to not harm her husband.

Rakhi brings in a day when all the children are super excited and so are all the adults. We get to meet our siblings and cousins. The usual drill for rakhi is shopping of sweets, fruits and flowers for the puja, and everything that is required for the lavish lunch! You wake up early, clean up and get ready to proceed to the rituals by preparing your puja ki thali (plate to perform the ritual), which has a little rice, tilak, diya (lamp), sweets and the rakhis to be tied.

The rakhi symbolizes a promise between a brother and a sister, where the brother is to protect his sister from harm and the sister prays for the safety and prosperity of her brother. The question that bothers me is – does the brother not need protection? Does the sister not need to prosper? The patriarchal roots of this festival not only assumes women to be incapable of protecting themselves, but also forces the role of a protector onto the brothers.

does the brother not need protection? does the sister not need to prosper?

Tying a rakhi to a brother who is as young as 10 years old to “protect” me makes no sense. As a 26 year old woman it’s I who must protect him in case of any mishap! Also, did we ever think how this affects the little boys, who probably haven’t even understood what they need to protect their sisters’ from? Reinforcing the “protector” role from a young age puts a lot of pressure on the young boys.

And what happens when these young boys grow up? They now think they are to protect their sister from any evil that comes her way. Other sources of patriarchy only add to their sense of superiority – such as the notion that their sister carries the honour of the family. One can only echo the words of feminist activist Kamala Bhasin, who said “Who asked you to place the honour of the family in a woman’s vagina?”. Once a brother takes this protector role too seriously, and is encouraged for it, he starts restrict her mobility by restricting her in the name of safety. And so, the sister is now not “allowed” to go out after a certain time at night, she is picked up and dropped everywhere she goes, and so on.

It is understandable that the brother wants to protect his sister from any harm. However, this concern for safety translates into moral policing (controlling her choice of romantic partner, for example), or limiting her mobility and freedom. The sister, despite living in the world’s largest democracy, is not free! She is not free to move around out of her own will, not free to decide who her friends are, and god forbid she falls in love with a man of her own choice, especially if he is from a different caste or religion!

If this is Raksha Bandhan’s social and psychological outcome on men, let’s consider how it affects women. Do you remember how you felt as a child on Rakhi? I have a distinct childhood memory of feeling extremely excluded, and of not being as “important” as my cousin brothers. I cried and cried, I wanted to feel important and valued too! After my incessant demands of having a rakhi of my own and being denied, my mother finally took me aside after most of the family had left and tied one on my hand. But did this solve the problem? No. I was told that ‘only bhaiya gets to wear the rakhi, as he will protect you’.

Why is it that a girl ‘gets protection’ first from her father and brother, and once married, the husband? Why haven’t we put in the thought that women can protect themselves, and that maybe a man, in any role, doesn’t want all the pressure of being the protector? We reinforce the ‘damsel in distress’ stereotype in our girls and make them believe that they are always in need of saving, and can never be the saviour.

That memory is still fresh in my mind. I was 6 years old when the incident took place. When my younger sister was born, I had decided that no matter what, I would never let her feel like I did that day. And why should she? She has held my hand through all the difficulties I have faced in life, and I am a 100% sure she’d go beat someone up if need be, if that is the definition of ‘protection’, and I would do exactly the same for her. So my sister and I decided that we would tie a rakhi to each other every year. In case we aren’t in the same city we post it to each other. And we have continued to do so every year, as a mark of our love, respect and protectiveness of each other.

my sister and I decided that we would tie rakhi to each other every year. I do not call for a boycott of rituals and traditions that bring a lot of joy in the family. Festivals bring us closer to our family and loved ones, it is an opportunity to make memories. However, we must interrogate the foundations of these traditions and rituals, and expose the patriarchy underlying them. We can reinvent them, make them our own, redefine them to have meaning outside the limited conceptions of patriarchy. By removing the hierarchy of genders within Rakhi, my sister and I made the festival meaningful for ourselves. How are you making your rakhi feminist? 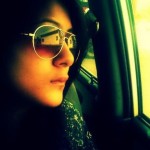