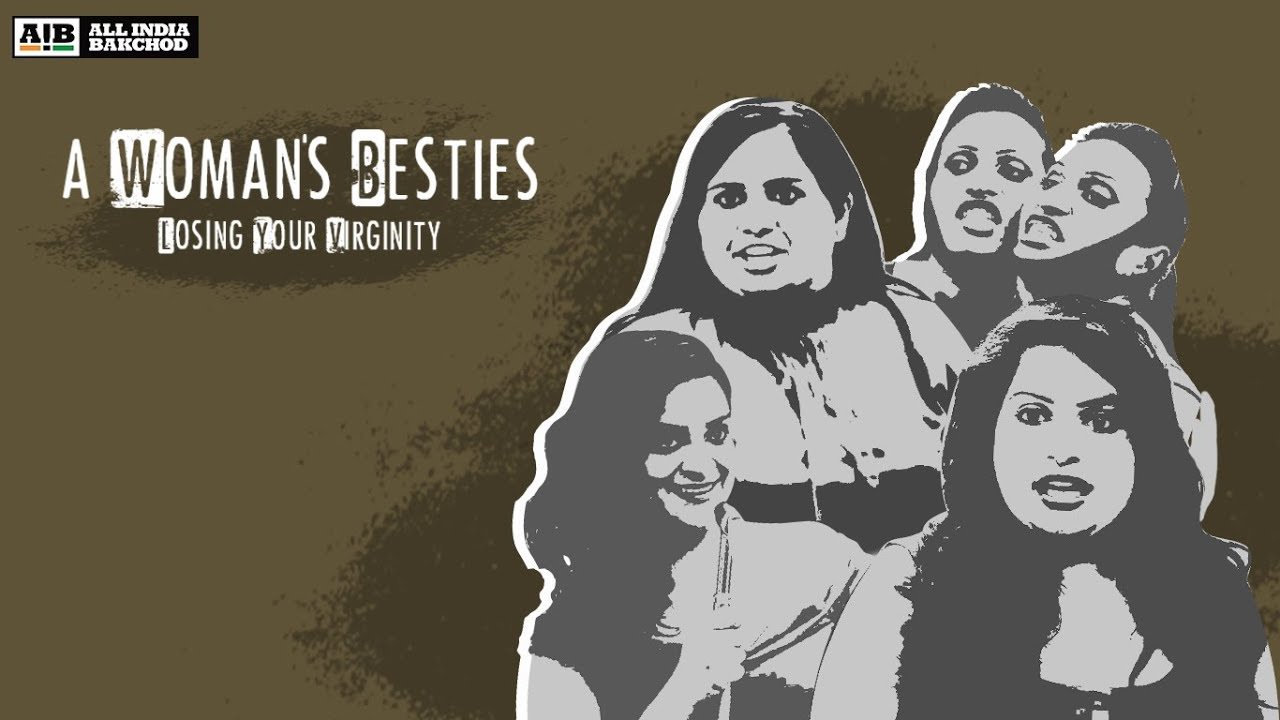 AIB’s Vagayenti, Clitika, Geeta-Boobita are back again with a prequel to A Woman’s Besties. As we recall the conversation between Priya and her personified body parts who had a pregnancy scare, this video takes us to the day when Priya lost her virginity and is titled- ‘Losing Your Virginity’. We witness the anxiety and internal dialogue that a woman goes through before the act of sex, which is embedded in this hilarious slapstick comedy written by Manaswi Mohata, Supriya Joshi, Kaavya Bector and directed by Puneet Chadha, Manaswi Mohata.

The second part of A Woman’s Besties is full of sexual innuendos, puns and references to things like sanitary napkins and condoms that still make people cringe when openly talked about. But with a clever script it makes us chuckle at the satirized voiceover of a sanitary napkin’s advertisement, and a farcical depiction showcases the nervousness of purchasing a condom. Moreover the series is an expression and exploration of female sexual desire.

The videos bring about a much needed conversation on femininity and female sexuality. By assigning a personality to women’s body parts, the taboo of modesty around women’s bodies has been cleverly dealt with. What this personification really helps with, is to perceive the usually shame-ridden parts of women’s bodies as relevant and normal as other body parts. That they too, like the rest of our bodies, need attention, have their own strengths and vulnerabilities (I bet if Vagayenti gets injured, she won’t bleed blue). Hopefully, these videos contribute to a step forward in dialogue, where the breasts, vagina and clitoris aren’t invisibilised parts of women’s bodies.

However, if we compare the video to its male counterpart- A Man’s Best Friend, we also notice the differences in the ways in which both men and women approach the subject of sexual desire. In the latter, Varun who goes to a local therapist, is troubled by his best friend (alluded to his penis for not responding to him). He appears to be worried about his sexual performance. On the other hand, the experience of Priya after losing her virginity is vastly in contrast. She is scared by the idea of bearing a child and has an internal dialogue about safe sex. Both the videos deal with vastly different concerns for both men and women in response to sex and desire.

What was interesting to note in the second part of A Woman’s Besties was to see Kartik being uncomfortable when having to confess his virginity. He has not had sex before but ends up boasting about an active sexual life. Though he is embarrassed, he finally confesses to Priya.

I bet if Vagayenti gets injured, she won’t bleed blue.

Another attention grabbing sequence in the 2nd part was how three different characters perceive the subject of attraction. One notices how our responses to a subject are shaped by our own experiences. On one hand, Clitika is excited to see Kartik and fancies his movements represented in slow motion, much like how women are portrayed as an object of desire in mainstream media. While on the other hand, Vagayenti is grossed out upon seeing Kartik and perceives him to be grotesque. What is even more amusing is when Geeta and Boobita appear, tightly pressed together and they only see the fan.

The producers have interestingly used other visual symbols in the video such as Vagayenti standing under an umbrella in the rain hinting at her excitement. There is also a portrayal of ‘Penus- Homo Eructus’ and a moving image of the sperm multiplying when Kartik is excited, depicted by multiplying mirror images. In the first video, there is also a garlanded image of a person ‘Hymen’. Another funny instance is the dramatic appearance of parents who already have an intuition that something ‘bad’ is about to happen (with a sly reference to the Game Of Thrones theme), referring to the taboo that is associated with sex.

Though the series is both entertaining and should be given credits for alluding to (perhaps encouraging a dialogue) tabooed subjects, it only relates to the dominant heterosexual desire. While it is hard to portray non-heterosexual desire, but the video could have been inclusive of it. Focusing on this heterosexuality ultimately ends up serving male desire and is an indication of how women’s sexuality supposedly revolves around male desire.

Also Read: Four Progressive Web Series That Are A Must Watch 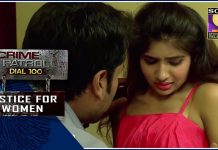 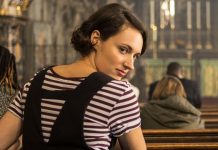 #MeToo In Tamil Nadu: The Apathy Towards Vairamuthu And The Others...