Why are toys gendered by children's advertisements? Why is Barbie for girls and Hot wheels for boys? This activates the idea of gender and children are marked within the territories of these toys.
By Simran Kaur Dec 17, 2018 4 min read

Advertisements are not just a viable source that caters to selling products or marketing them, it is also a very important source of information. They function as tool to affect the consumers in a way that is implicit because of its time duration and frequency, however, the content of any advertisement represents other set of paradigms of any society, gender bias, sexism, stereotypes, racism, and patriarchal standards. Thus, as much as one thinks, advertisements are commercial and market led strategies, they also happen to enforce certain standards upon the audience.

Children’s advertisements are largely governed by gender stereotyping which in several ways condition the ‘gender-roles’ and identities that are aligned with the same gender. This then becomes the starting point of affirming gender based stereotypes.

Barbie and Hot wheels were two ground breaking toys that were launched in America but later joined the mainstream market in South Asia. However, what remains a question here is that why are these toys gendered? Why is Barbie for girls and Hot wheels for boys? This activates the idea of gender and children are marked within the territories of these toys.

What remains a question here is that why are these toys gendered? Why is Barbie for girls and Hot wheels for boys?

This further aggravates the expectations from both boys and girls. Hot wheels portrayed boys as active, aggressive and authoritative while Barbie reinforced girls as passive, cooperative and submissive. Not only behavioural standards are amplified but at the same time bodily features are highlighted. Barbie came in a particular size, height, weight, color and with ‘ideal beauty standards’ which every girl should ‘aspire’ to achieve.

Similarly, colours are designated to gender. Famously Kinder Joy comes in a pink packaging for girls and another one in blue for boys. The content of the food is the same but what lies in between is an unreasonable gender difference which disturbs the ethos of gender equality on the basis of food.  This can also be seen in the packaging of the products.

This differentiation also affects the choices of children and the choices parents make for them.

Apart from the confines of these motifs, girls are often portrayed as the ‘helpless’ while boys are the ‘saviours’. The Chawanprash ad can easily let a girl carry an umbrella and save herself from the rain – however, in order to normalise the need for a man to save a woman, the boy has to help her from getting drenched in the rain. Here the boy again is the primary character having the spotlight.

Flipkart has been channeling sexism through its ads with children as representatives of adults, the variety of ways in which it is seen includes men working in corporate jobs while women are at home or in shopping complexes indulging in shopping and gossip. One can also create advertisements that have girls sharing the same space of paid work as the boys.

If you are wondering, why is this problematic, it so because whether it is a movie, a book, or an advertisement, the sexism and stereotyping is normalised within the different expressions of ideas. It is important to digress from such portrayals of girls and boys in children because not only do they affect the ways in which children are conditioned but also further solidify the gender norms.

There is however some change in the way the advertisements are portraying the idea of gender. With a series of regressive advertisements, Flipkart’s new ad “Let’s raise a generation of equals!” is step forward in realising the way stereotypes confine a child’s true identity. The validation from the society is held against all other dimensions a child could explore but is refrained from doing so under the cloak of ‘conformity’.

Bournvita with its advertisements on children pursuing physical pursuits is not limited to boys, the participation of girls in the same shows that these features are the same in both boys and girls which needs to be internalised.

Barbie too made changes in their series of dolls with “You can be anything” campaign that launched Barbies who were doctors and astronauts, though it stuck with its ‘ideal body type’. Clinic Plus with its animated character Chulbuli revolutionised the way in which girls were expected to carry themselves outdoors. Chulbuli, a fierce, carefree, and self-sufficient child can climb trees, does cartwheels, save cats and guess what? All of this without a boy telling her how it is done!

The motive is to create an environment where a boy can be a nurse and a girl is capable enough to become a doctor or a scientist, where boys can love pink and girls can play cricket. Similarly a boy can take part in doing the domestic chores and it is not necessary for a girl to know these chores because by default it is assumed that it is her job to do. The Comfort Wash ad has sparked this conversation.

These differences are created, they do not just come into existence. Advertisements, therefore, must also take charge of creating content that does not reflect the existing gendered stereotypes but destroy these assumptions and reconstruct stories that challenge such stereotypes. 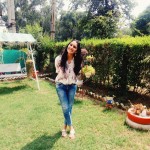 Of Unethical And Patriarchal Journalism In The Time Of COVID Pandemic