On 30 July 2016, a gang of 7 men accosted a mother-daughter duo in Bulandshahr, Uttar Pradesh, and gang-raped them. What followed for the survivors was even more trauma, as hordes of media professionals descended upon their house asking for interviews, until the father of the teen survivor broke down on live television, begging the media to stay away. “How many times should I repeat what happened with my daughter and my wife? They have been raped. What else do you want to know? My daughter was better till last night. With all the people visiting, she is now being asked to recall everything again. She has fallen sick again. She cannot stop crying. Please leave us alone. I wish we had never returned,” said the father. The video of him crying went viral.

When the media professionals interview survivors of gender-based violence, they must keep in mind that they are asking survivors or their families to recount an extremely traumatic experience. It is imperative that this be done in as sensitive a manner as possible, to avoid exacerbating the situation and triggering survivors, many of whom might be in a fragile mental health state.

Here are some tips to keep in mind if you are to interview survivors of gender-based violence. 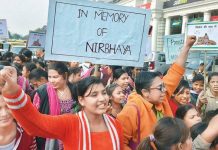 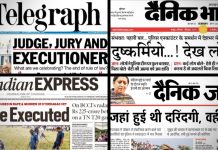 Mass Molestation In Bengaluru And Karachi: How Are We Raising Men...