CultureCinema Tanhaji: A Clash Of Hindu Vs. Muslim Masculinities

Tanhaji portrays two completely different definitions of masculinity, with one being violent and monstrous (Muslim) masculinity and the other being moral and principled (Hindu) one.
By K Jan 21, 2020 5 min read

When I decided to watch Tanhaji on a last-minute whim, I expected the film to tell a certain narrative—that of ‘Indian’ (Hindu) valor versus ‘Invader’ (Muslim) barbarianism. According to Wikipedia, the movie tells the life-story of Tanhaji Malusare, a military leader of the Maratha Empire, and his fight against the Mughals who were trying to extend their empire into Southern India. What I didn’t expect, however, was the peculiar way in which the film packaged this narrative into its portrayal of two different kinds of masculinities, represented by the film’s hero Tanhaji (Ajay Devgn) and its villain, Udaybhan Rathore (Saif Ali Khan).

The Portrayal Of ‘Bad Muslims’

Rathore is an interesting character because despite being Hindu, a Rajput to be specific, he aligns himself with the Mughals. Later in the second half of the film, we learn that he did so after a Rajput woman rejected him because of his mother’s caste. Except his speech, as once in a while he speaks with a Rajasthani accent, he seems to have shed everything ‘Hindu’ about him. Unlike most of the film’s Hindus, who wear white or light colored clothing, he is almost always dressed in black and shown in dark/grey lighting. Rathore wears kajal, which is pop culture’s favourite way of signifying ‘Muslimness’ in men, which in this case also means ‘villain-ness’. Spooky music plays whenever he comes on stage, thus telling the audience that Rathore is a bad guy.

Rathore wears kajal, which is pop culture’s favourite way of signifying ‘Muslimness’ in men, which in this case also means ‘villain-ness’. Spooky music plays whenever he comes on stage, thus telling the audience that Rathore is a bad guy.

In addition to these somewhat subtle signs, his villainy is made crystal clear through his actions. He once made a man fall to his death just by screaming and walking towards him. He has kidnapped and chained the woman who he supposedly loved (Kamala Devi, played by Neha Sharma) and now smells her creepily and watches her while she bathes. He eats meat, and in this case, it is crocodile meat which Rathore happily devours. Lastly, and importantly, he is a villain because he chooses to side with the Mughals and not with the Maratha Hindus fighting for Swaraj.

The Portrayal Of ‘Good Hindus’

In stark contrast to Rathore, who is Bad with a capital ‘B’, Tanhaji Malusare is always moral and upright and principled. He is a family man, who has so much honour that he feels a little uncomfortable when his own wife, Savitribai Malusare (Kajol), tries to sit in his lap. Temple bells ring and an uplifting background score plays when he enters a room. For Malusare, his land comes before himself and his family, to the point that he is willing to die for it, which he ultimately does, again showing how heroic Malusare is.

He is a family man, who has so much honour that he feels a little uncomfortable when his own wife, Savitribai Malusare (Kajol), tries to sit in his lap. Temple bells ring and an uplifting background score plays when he enters a room. For Malusare, his land comes before himself and his family, to the point that he is willing to die for it, which he ultimately does, again showing how heroic Malusare is.

When I shared critical reviews of the film pointing this out, my friends responded by telling me to “take it easy” because this is just a historical film with little present-day significance. Regardless, it’s shocking how neatly these definitions of masculinity overlap with how Hindutva and Hindutva-sympathetic activists talk about Hindus and Muslims. My cousin, who vehemently supports the BJP and openly says, “I hate Muslims,” justifies it by saying that Muslims are violent and that all of them are terrorists. A former mentor once told me that compared to Muslims, Hindus are much more tolerant and kind. He added that Hindus don’t engage in ‘Love Jihad’ and are respectful to women, unlike Muslims.

Dibyesh Anand, who conducted ethnographic research among Hindutva activists writes, “Hindutva narrative often starts with a pious view of the ‘tolerant Hindus’ and then proceeds along the following lines. Hindus are peaceful, calm and non-violent.” In contrast, “Muslims are imagined as foreign, violent, fanatical, intolerant, untrustworthy and anti-national. Muslims have ‘too many children’, they ‘breed like rabbits’.” Through its simplistic characterization of the two leads, Tanhaji reinforces these inaccurate and problematic stereotypes of Hindus as ‘purely good’ and Muslims as ‘purely bad’.

Movies like Tanhaji, Panipat and Padmaavat (which also engage in similar stereotyping) are dangerous in a country like India, where Bollywood has immense cultural power and impact. I personally know people who make historical arguments by referring to such fictional films and use them to justify violence against Muslims today. Moreover, by presenting the Muslim or, in this case the Hindu who sides with Muslims, as a villain, such films ingrain within its (non-Muslim) audiences a fear of the ‘Other’.

After receiving these messages time and time again, we subconsciously sense danger when we see a bearded man with kohl in his eyes. When we see him, we automatically think ‘terrorist’ and try to protect ourselves from perceived danger. I write this so confidently because I too experience these thoughts when I see someone with a skullcap or a beard. Clearly, Bollywood has the power to affect how we perceive and act around another human being, thus giving filmmakers huge responsibility about the kind of content they make.

Personally, I don’t think that the solution lies in banning people from making such films. Rather, we need to be much more thoughtful about producing and consuming pop culture. Such films are clearly doing well today (Tanhaji earned over 100 crores!), but why should profit-making be the sole incentive of filmmakers? Why should they engage in stereotyping and encourage an already divided country to hate each other even more? Also, who said that movies about Hindu-Muslim love and unity don’t do well? Jodhaa Akbar and Bajirao Mastani performed very well at the box office with the latter earning over 350 crores! Instead of Tanhaji, filmmakers need to think about making many more films like ‘Bajirao Mastani’.

And, the responsibility for thoughtful engagement doesn’t only lie with filmmakers. As consumers, we have to be able to discern subliminal messages that we internalize from consuming pop culture. We have to be smarter about distinguishing history from fictional films and we have to understand why certain films are doing well in the current political climate. We have to be smarter about the kind of films we choose to support and encourage with our wallets and the larger message that they are sending. This is not the time to divide, but to unite our country and its people. 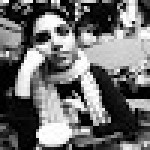 Dear ‘Real Men’, It Is Time For You To Come Out Of The ‘Man Box’

Wonder Woman — A History of Kink and Queer Erasure

Do You Know These 8 Young PoC & Indigenous Climate Activists Fighting For Our Future?