IntersectionalityMasculinity TikTok As A Political Weapon In India’s Hypermasculine Narrative

TikTok As A Political Weapon In India’s Hypermasculine Narrative

A Forbes article stated that the immediate threat from TikTok is the influence it has on young impressionable minds. In an increasingly war-like situation, banning TikTok in India could also be seen as a message to its users to embrace their masculinity.
By Pratyusha Pramanik Jul 22, 2020 4 min read

The cyber-security issues in TikTok have now become a global concern. TikTok was not only seen as a means through which China could inject content into America, Europe and India, it could also spy into millions of phones globally. On June 30, 2020, the Indian government imposed a ban on 59 apps, one of which was Tiktok. The Indian government has previously been concerned with the app’s data accessibility last year and to add to it, Apple’s iOS 14 also found TikTok accessing the users’ keyboard. Most importantly, Hong Kong’s national security law can allow China to coerce TikTok to share information. Thus, TikTok was projected as a global threat, in a matter of a few weeks. On India’s social media front however, the anger towards TikTok had taken a narrative of emasculation.

Also read: TikTok In India: How Cyber Secure Is The App?

In May 2020, the war of YouTube vs TikTok waged between social media influencers CarryMinati and Amir Siddiqui, divided the social media into two halves. The battle of memes, trolls and videos escalated quickly, however CarryMinati’s video taken down by YouTube for violating their policy on harassment and bullying. He did not just employ abusive language but was also homophobic and transphobic in the video. The huge rage that followed, among his followers and fellow YouTubers showed how his content was normalised, and how homophobia and transphobia is now part and parcel of our lives. So, when the app was banned, it was considered the triumph of YouTubers over TikTokers. Of all the apps banned, the boycott of TikTok was celebrated grandly. In this article, I argue that although banning TikTok has nationally been projected as a decision to address security concerns in India, the social media discourse and celebration around it’s ban has been about the masculinisation of the nation.

The recent trend of Hindu nationalism in India encourages gender-specific roles. Historical icons, folks, myths and political narratives are used to embed heteronormativity and strict gender binaries in the cultural consciousness. A concept of the aggressive male warrior with astute morals, martial prowess, muscular strength, readiness to go to war and resolute masculinity is being projected as the male hegemony. The Hindu soldier and warrior monk is the yardstick against which the masculinity of Indian men is being measured. TikTok generated a trend of men putting on makeup, dancing on streets, lip-syncing songs or dressing up like women – especially generating opportunities for people from Tier-2 and Tier-3 cities to display their acting, dancing and singing prowess. However, this does not adhere to the male hegemonic masculinity narrative that is employed by the state.

TikTok, just like any other social media apps, had its share of misogynistic and offensive content, but at the same time, popularly gave a levelled platform to people from all backgrounds. The mockery of male TikTokers has been happening long before CarryMinati decided to roast them. In fact, whatever he said was an anthology of the prevailing labels and insults hurled at TikTokers. They have been called ‘TikTok k Betiyaan’ (effeminate), meetha/chakke/hijda (transgender people). The binary of boys playing PUBG and girls making TikTok videos were considered the norm, so anyone making videos in TikTok was effeminate, and those playing PUBG was masculine. CarryMinati’s video voiced the toxic thoughts already prevalent in the nation. Social media posts, trolls, memes targeted the algorithm to generate as much support for CarryMinati as possible, after his video was taken down from YouTube. A more extremist support also included trolling LGBTQ+ activists when they protested against the video. CarryMinati came with an explanatory face-saving video, but he had already rattled the domino. TikTok’s ratings diminished considerably, which is almost like a prologue to the ultimate end.

Finally, when India banned TikTok over national security issues, it was seen by most social media users as the triumph of YouTubers over TikTokers. The loss of the platform and a popular passtime for millions of users across the country was nonetheless celebrated by a huge section that had deemed TikTok as “cringey” and “unsophisticated“, for instance. All the other apps like CamScanner, Shareit did not receive an overwhelming response, implying that the hatred prevailing against TikTok was not an outcome of just it being a Chinese product. Especially from the perspective of the hate it garnered on social media after the CarryMinati episode, the fate of TikTok can almost be associated with the recent ‘cancel culture’. The TikTokers have not only been shamed online, especially and largely through emasculating narratives, their platform was also banned.

Also read: Hitting Women Is Not “Cool Content”: Call Out The Misogyny On TikTok

It is evident that this ongoing discourse has catalysed public shaming opposing views and ostracisation of marginalised communities. TikTok is being looked at as a global threat from China; the threat is not just in terms of security and commerce, but as has been pointed out in a Forbes article that the immediate threat from TikTok is the influence it has on young impressionable minds. In an increasingly war-like situation, banning TikTok could also thus be a message to its users to embrace their masculinity – martial prowess, muscular strength, with a readiness to go to war, by discarding effeminate practices. There are alternate platforms cropping up to occupy the place emptied by TikTok, but to create a similar fanbase and monetise it, would definitely be a challenge for the artists who’d have to start from scratch.

Tagged Under: tIktoktiktok indiaYouTube vs TikTok 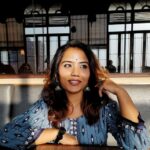 Podcast: How Can We Build Back Better? ft. Kirabo Suubi And Sneha Sharma