Instant Family is a film that addresses adoption, foster parenting and the problematic representation of how families should ideally be
By Geeta Gunjal Nov 5, 2021 4 min read

Fostering and adoption are always confused as the same by many due to the similar nature of the two concepts. Foster parents are those who take care of a child for a short period of time without being legal parents. Adoption on the other hand, is more permanent and is a legally binding relationship between the parent and children.

The movie Instant Family focuses on the experience of couples who decide to foster children and later adopt them. Instant Family focuses on the topic of fostering and presents its nuances in the form of a comedy-drama. The movie was released in the year 2018 and is based on the personal experience of the writer/director Sean Anders who had earlier adopted three children from foster care.

In an interview, the director says that not only is the movie based on his experience but also that he has included the experiences of various families who adopted foster children, throughout the narrative.

Instant Family begins with Pete (Mark Wahlberg) and Ellie (Rose Byrne) having conversations about children. The couple who chose to not have kids since they wanted to focus on their careers, now feel ready to think of children. They believe they are financially stable but that they are late to have children and decide that it is better to adopt an older child. They enroll foster training sessions and are interested in fostering children to see how they both are around kids.

During a picnic organised by a foster care facility, Pete and Ellie who are otherwise hesitant about interacting with the teenagers have a conversation with Lizzy (Isabela Moner) a teenager, and they decide to foster her. They later are informed that Lizzy has a younger brother Juan (Gustavo Quiroz) and a sister Lita (Julianna Gamiz). Pete and Ellie welcome them home and thus start their journey of parenting.

At the onset, the couple find it easy to manage the kids. But as time goes, slowly, the kids start rebelling against them which makes them question their decision of fostering. The movie highlights the complexities of parenting and how the characters thought that it will be easy, but the task turns out to be more daunting than expected.

Also read: Normalising Adoption: Belongingness Does Not Only Depend On Biological Parenting

After the first orientation session Pete compares fostering to renovating a house. He felt that they would help change someone’s life. But what the couple did not see coming was that the kids have gone through a lot and that it will be hard for them to adjust to new settings. There is a lack of understanding among the couple about how kids project their bygone experiences and how trauma has a huge impact on their present.

The couple think that they are successfully creating a safe environment of love for the children, but they fail to understand that it is hard for the kids to trust them and accept their love. Instant Family also highlights the hardships that teenagers face to avail foster support. Many foster parents prefer children from the younger age groups.

Foster care in the United States have more older children and teens compared to children of younger ages. This happens due to the belief that it is difficult to connect with older children and also that they soon will be adults and may lives their life alone. Early in the movie, a teenager points out that when a teenager moves out of the foster care, they end up being homeless, addicted, or dead in two years. Thus, the movie makes an important point about fostering teen kids and the lack of social support for the same.

The importance of families to foster siblings is also explained in the movie. As a child goes through various changes, having a sibling makes it a little less scary for them and also helps them maintain their bond and support for each other. Diverse parenting is also represented in the movie. Traditionally, a family is imagined as a man and women and their kids, but in this movie, there are single parents, queer couples, and couples of colour. There are couples who cannot conceive, as well as older couples who want to start a family. Instant Family represents parenting that is not traditional, through foster parents taking care of their children.

Instant Family also shows the traditional family perspectives about adoption and fostering. The idea of ‘bloodline and biological parenting‘ being pedestalised over adoption and foster care is critically addressed in the narrative. The movie also highlights the hardship that a foster parent might go through due to the return of the birthparent where the children have to return to their ‘original‘ family.

Foster parents may find it difficult to part ways with children but the aim of fostering is to eventually reunite kids with their parents. Only a few children from foster care are available for adoption. The movie does delve into emotional theatrics when the birth mother arrives and the couple has to send the kids off. Instead, it approaches the situation rationally, while also making it a safe space for the children to return to, in case they need support.

Instant Family tries to focus on the important issue of foster parenting and adoption through comedy. Even though it is an exaggeration it does point out the ups and downs foster parent go through. It also showcases the emotions of children, their expectations from family, as well as portrays a wholesome picture of how families are built on love and not just flesh or blood.

Also read: The Parenting Philosophy Of bell hooks: There Is No Love Without Justice 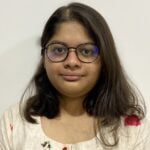 9 Feminist Moments From 2020 That Shattered Stereotypes

The Ambiguity And Farce Of Women Empowerment

Kumari Mothey Vedakumari: One Of The First Women MPs Of Andhra Pradesh