The Delhi Police recently innaugurated 11 pink booths to ensure women's safety. In the context of rising crimes against women, is this a step forward?
By Apoorva Phutela Mar 23, 2022 4 min read

In an attempt to ensure the safety of women in public, private, and digital spaces, the Delhi Police recently inaugurated 11 “pink booths” in northwest Delhi last week. The booths have been inaugurated in areas with high footfall of children and women, including the presence of schools, coaching complexes, local markets, or colleges.

One of these pink booths was inaugurated at Satyawati College, Delhi University, by Deepender Pathak, Special Commissioner (L&O). The initiative is a part of the Tejaswini: Women Safety and Empowerment campaign by the Delhi Police to curb violence against women.
“These booths are aimed at providing safety and security as well as facilitation and guidance to women and girls. These will act as a one-stop centre for them to approach police for any issue and to report any crime or violence against them”, said Pathak.

It has been emphasised that these booths are set up to create a safe zone and complaint redressal system for women, without physically having to visit a police station. Some of the booths, however, have been set up in police stations also. “Women will also be informed and motivated to report cases of violence against them”, said DCP Usha Rangnani.

Studying in Delhi University as an outstation student, certainly came with a sense of freedom for me, but not without a looming fear regarding my safety at all times. From finding a safer route from my accommodation to college, to coordinating my train travels to and from my hometown with male friends, to sharing my cab ride details on my family group every single time I step out, living in Delhi made me realise how India remains a horribly unsafe place for women, despite the measures taken to ensure women’s safety.

Swati Joshi, a literature scholar at Jamia Millia Islamia, says “As soon as I would deboard the Volvo and step at the Anand Vihar bus station, my ‘almost’ carefree mind would switch to its “safety mode” by default. From faking phone calls while in a cab to always carrying pepper spray along, arriving at a destination safely has always been a triumph.”

On being asked her opinion on the pink booth initiative she says, “I think it will definitely not help in controlling the crime but it might help in getting the complaints registered, maybe.” My mother opined the same when she said, “They should focus on the prevention instead of a cure”.

With spine-chilling shows like Delhi Crime and Savdhaan India documenting real-life incidents, and looking at the appalling statistics of crimes against women, the lack of safety and protection in our country is quite evident. “For as long as I do not travel alone or with strangers or in the evenings, and of course, during night-time, I am told that I am safe. That’s the amount of safety I ‘can’ have in Delhi! Ironically the city with a metro service that runs till 11 pm comes with a lot of unnamed rules for women travellers”, says Ankita Taneja, a literature scholar at the Indraprastha University.

Our public spaces have been infamous for the failure to create a safe atmosphere for women and other marginalised genders. The situation is not very different in the private or digital realms either. While initiatives like the establishment of pink booths to ensure women’s protection seem like a step towards women empowerment on the surface, the question that perhaps goes unasked is: Shouldn’t we, as a society, aim for building a safer place for women where they won’t constantly need “protection”? In a society where I, as a woman, cannot dare to even to go on a walk at night, what kind of empowerment is the State aiming at?

In a way, the pink booth initiative, from its name itself, conforms to the age-old, assigned gender stereotypes. In its aim to provide “protection” and “guidance” to women, perhaps the initiative doesn’t consider the fact that the focus should be more on preventing crimes than building a better complaint redressal system.

While the idea of the pink booths sounds good in theory, to what extent will it help in administering justice and establishing a safer environment for women remains to be seen. 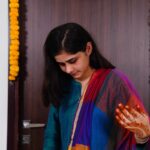 Nishanti Sudhakar On How Gender Bias Begins At Home﻿ | #DesiSTEMinist

Self Love Even When It Seems Impossible